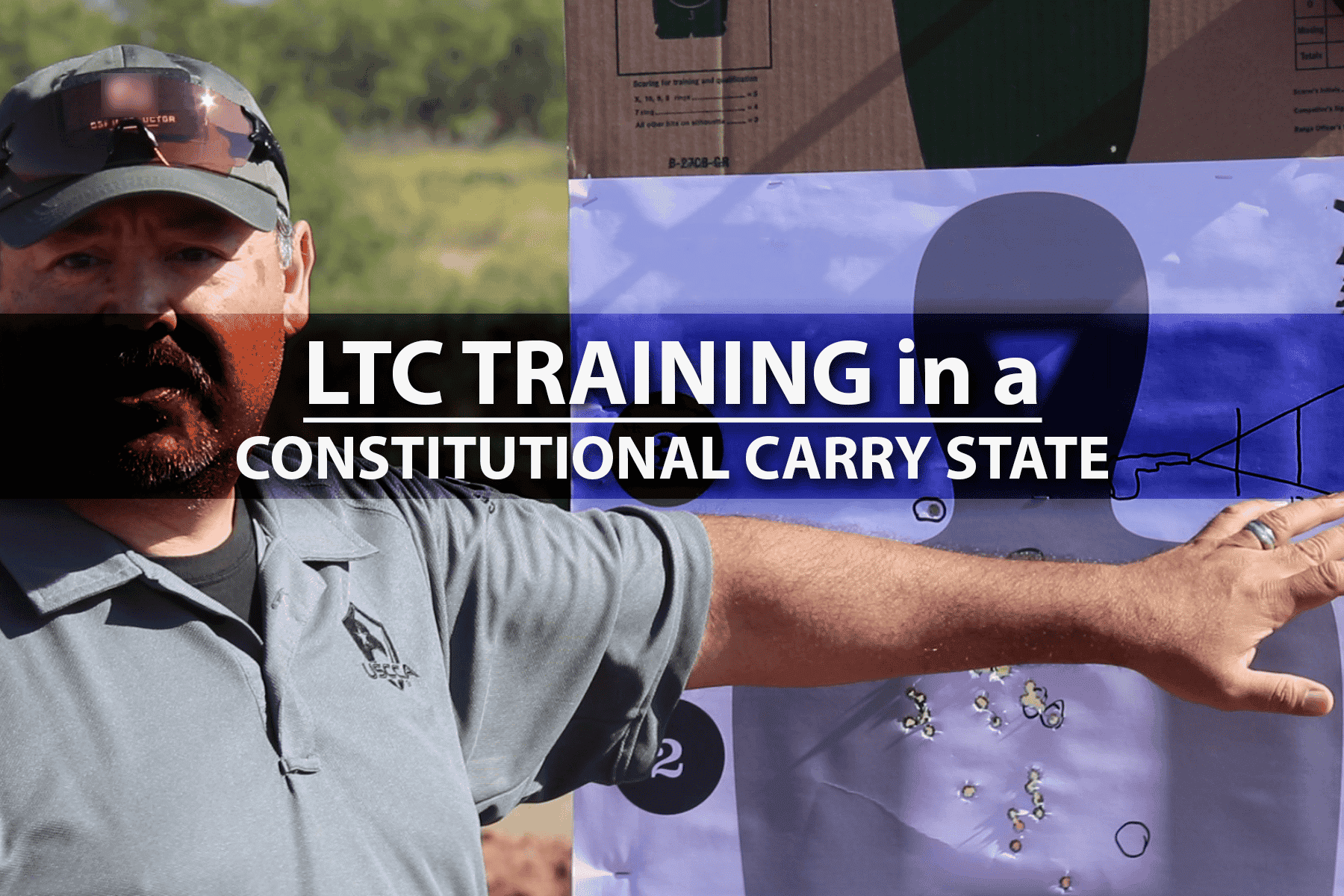 Benefits of training before carrying

I have recently relocated to a much more gun-friendly state. Unlike some of the others I have lived in, my state currently doesn’t require having a permit to carry concealed, also known as Constitutional Carry. While I think this is a great win for our 2A rights, there are some specific benefits to having the classes and training they offer, especially for a new carrier. I went through my initial concealed carry classes over ten years ago, and I think several things will benefit you if you go the extra mile to get the permit to carry.

One of the biggest things I took away from the class that I went to was that it covered many of the current laws on the books for my location. For example, in Texas at the time (not sure if it has changed), you couldn’t carry in that establishment if the establishment made 51% of its profits from alcohol. That means no bars, which I think is probably wise, but it also had laws regarding how much alcohol you could have in your system. Every state is different, some much more gracious than others. Some states in the south I have visited allowed open carry, but only if you had a license to conceal carry, which is not smart, as I wrote about in my other blog here. Check around for a knowledgeable and reputable trainer, even if you have a state that doesn’t require one because I think this is valuable.

When I first started, I was carrying a full-length 1911, and the gal I was partnered with on the range was shooting a snub nose 38SPL that, quite frankly, she had never operated. According to her, it was a gift from her husband for the course, but she was too shy/hurried to ask how to operate it. This is extremely common and taking a class with required range time. It is a great time to learn with folks at various training levels. This also showed me why carrying a full-length 1911 might not be the best for an engagement at three feet, whereas my lane partner struggled badly with hitting the target at further than 10 yards consistently. I know some ranges offer rentals for the courses, making it an excellent opportunity to try many options. Most of the time, they don’t cover holsters or allow drawing concealed with live ammo (most ranges don’t because of liability). So, let us help you get a comfortable holster you can dry fire train with at home before or after the class and can carry right away. The Original magnetic holster is incredibly comfortable and very concealable, and the RELIC line is absolutely the top-of-the-line leather holster.

Carrying out of State:

This would be the best reason to get the permit if there were one on this list. For example, if I have Constitutional Carry in one state, and I carry across the border to another that doesn’t have the same law for non-citizens, I could be in a world of hurt. If I have my permit from Texas, it is valid in multiple states, so I worry less about crossing the border. It is also a great thing to have to break the ice if you are pulled over. The one time I was pulled over, I handed the CHL and my driver’s license with hands in view. Following my training from the class, I started with, “Officer, I am a CHL holder. I am carrying on my right hip. What would you like me to do so you feel safe?” It took him back to have someone say that.

He quickly replied, “I appreciate you letting me know. If you don’t point yours at me, I won’t point mine at you. That work for you?”

If you are going to carry, consider the license, the training, and our holsters.