Shooting In The Age of Armor 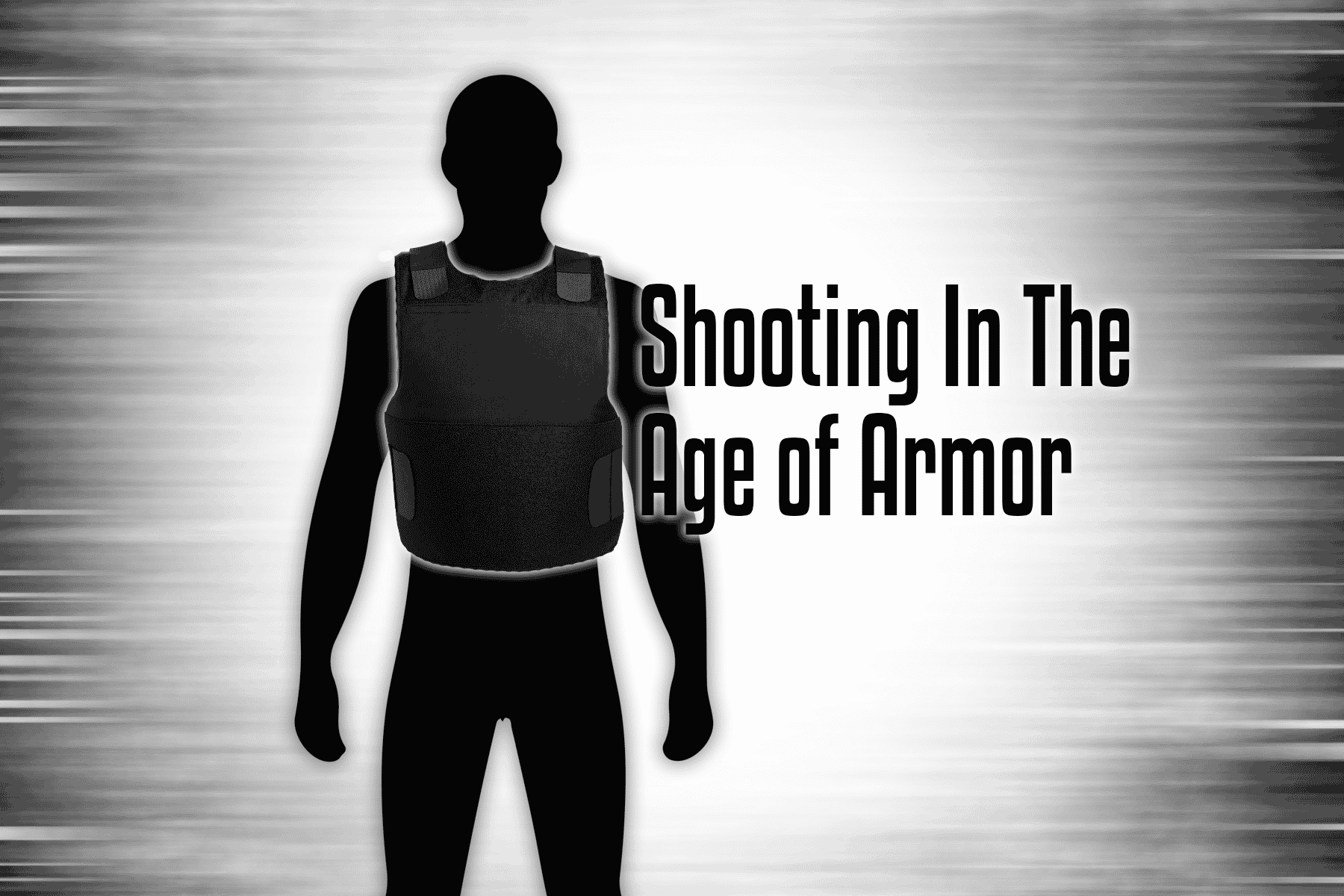 There is something not discussed a lot because it can be
seen as taboo. One of the many lines of defense that we have, aside from being
aware, is taking precautions to not go to questionable places and to carry a
firearm for self-protection. Body armor has been allowed for civilian purchase
(for most of the country) for years, which means that you can wear it as an
extra insurance policy if someone gets the drop on you. That said, it varies in
its size, type, and expense, as well as it can be concealed or wearable on top
of clothing. We sell backpack armor that is a hybrid, where it is covert than
overt when needed, and I think it is a better and more covert option. But what
about our potential threats? They have the same access to armor and could pose
a severe danger if we don’t address it.

If you look at how most body armor is worn (vests
specifically as they are the most common), they should fit right around the
nipple for the width of the plate, and the top angled portion tends to go to
the top of the rib cage just below the throat. The bottom usually extends down
to the bottom of the ribcage, offering protection to the lungs and heart, which
is generally the area to be targeted for a more rapid reduction of the threat.
The hard part that is not discussed is that it is usually said to shoot the “center
mass” of a target, as it is the most likely guarantee of hits, but not
necessarily the knock-out blow. One of the things I have been trying more is
aiming at smaller points that still offer incapacitation and the greatest
chance of neutralizing the threat.

The first is obvious, and that would be in the head,
specifically the “fatal T,” being the point between the eyes and down through
the base of the nose. While it is likely a shot in the forehead will have the
desired effect, this is the softest point of the skull, and if you are shooting
at a distance or with a smaller caliber, it may strike the skull and wrap up/around
the head versus penetrate.

The second would be to look just above the armor, around the
collar bone through the neck area. This is a small area, but it is next to a
major artery, breathing, and the spinal column. A decent hit here will result
in rapid blood loss (through the carotid artery, I have read 10 seconds or
less) or instant paralysis if the spinal cord is hit.

Third and less desirable could be the femoral artery, which
runs through the groin area and carries a large amount of blood. A well-placed
shot here will have a similar effect on the carotid artery with blood loss.
Still, it is also near the pelvis/groin, which, if struck, can prevent the
assailant from maneuvering, or advancing, which I have seen work better with
those who are under the influence and therefore may not feel pain (i.e.,
methamphetamine).

There is a great debate on if you should shoot to wound or
shoot to kill. In my own opinion, I would instead shoot to end the threat
permanently while decreasing the ability for testimony at a trial. It is a harsh
statement, but unfortunately, this happens (look at the Kyle Rittenhouse trial
as an example). Also, if you do enter my house and you are wearing body armor,
you were expecting the fight and, in my opinion, should be met with
overwhelming lethal force.