Reasons Behind a Shoulder Holster 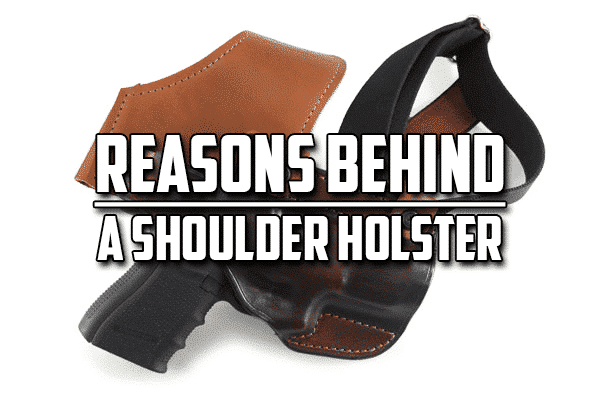 From what I have seen, most people carrying a handgun
typically do so off the hip/belt or concealed in a pocket (not my preference,
but it happens). Why then would you consider a shoulder holster as a viable way
to carry a handgun, and why would you choose this over other methods?

First, I would consider this method of carrying as the
preferred while bow hunting, backpacking in bear country, or anything where you
are moving a lot. This reason is due to the fact you want it readily available
but out of the way. This goes as well for the colder months as a shoulder
holster does not need to be at the base layer of clothes and can be one layer
deep. This method applies to both hunting and concealed carry, but as already
stated, it is to be able to access the pistol when needed rapidly. A shoulder
holster typically won’t hinder movement while carrying a pack (especially with
lower lumbar straps that wrap around the belly) which is another huge benefit.

Similar to along the line about the availability of your
firearm, it goes to the versatility of environments. For example, most people
that I know that carry an appendix need to move the gun when getting in and out
of a seat, especially in a car. I typically carry on the 3 o’clock, and I carry
while driving, so the trouble I have is how to clear with a seatbelt in the way
versus a shoulder holster won’t have that problem. The benefit there is also
that you practice where your firearm is going to be every time, vice having to
practice in appendix/side while carrying from the

I think this also speaks to the ability to draw a little
less conspicuously. Most of the practice for drawing concealed involves off-hand
jerking shirt up while drawing with dominant hand rapidly. In contrast, on a
shoulder holster, it can be done much more covertly by crossing one’s arms and
slipping under a coat or while hunched over, which is hard to draw from this
position. This is a benefit and a drawback, as it allows the concealability of
drawing but maybe too slow if you need to have it drawn and into the fight
rapidly.

There are a few cons that I think are important to address with
this setup. First, it is something that, unless you have carried this way
often, it takes a lot of time to master the draw. There can be issues drawing
from concealed if on the floor/wall chest on the ground, but that is less
likely to happen in a fight, which is echoed from combative and martial arts
classes by teaching to fight/recover from the back. The second is that you need
to have an outer garment, be it a camp shirt, a sport coat, or something that
closes in the front all the time, this can be especially hard in the summer
months, and it’s hot.

If you are looking for a great shoulder holster,
try the one from JM4 Tactical because, unlike the cheap nylon ones, this one is built for both comfort and
durability.