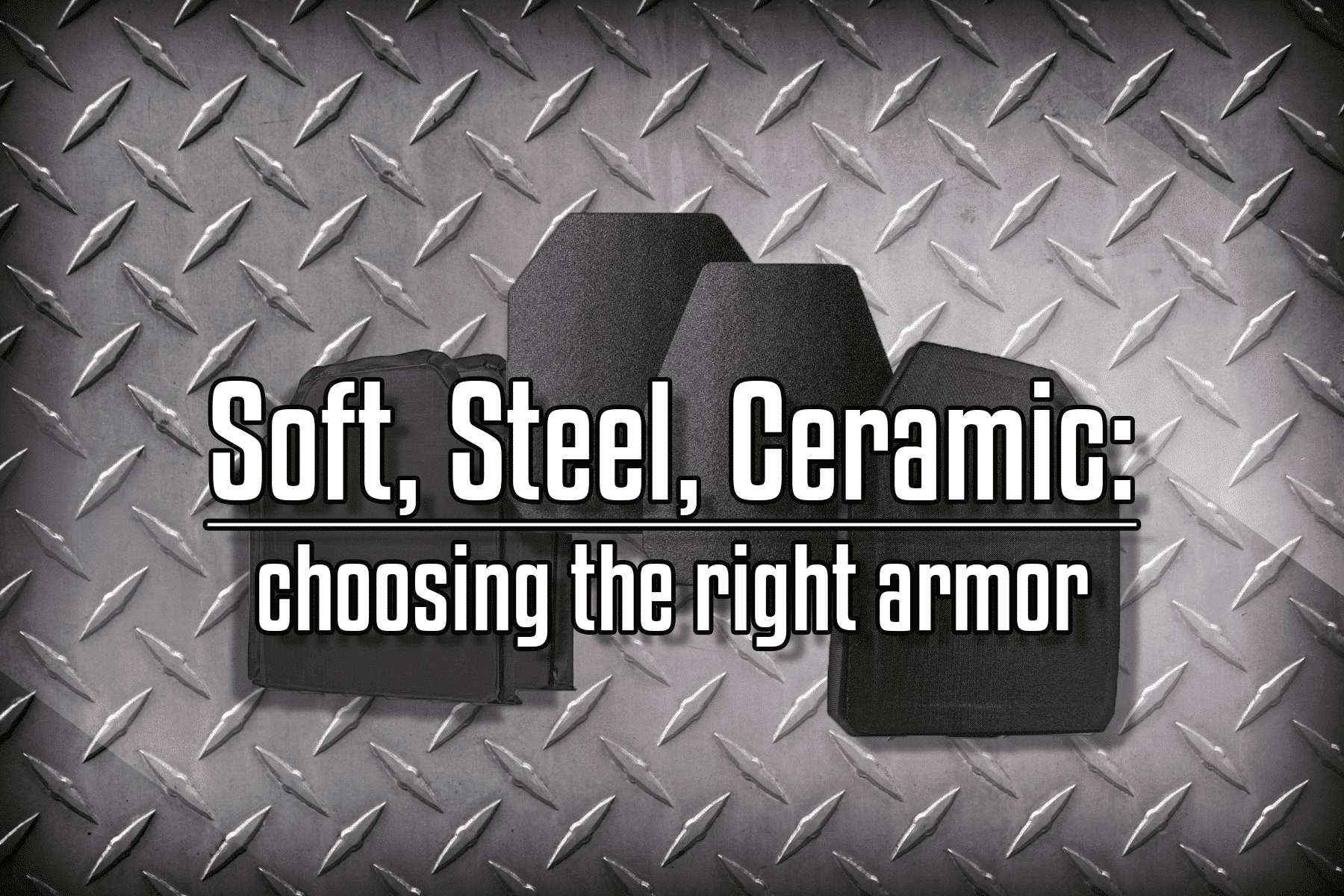 I have often
mentioned that having the capability to defend yourself is huge, but if you must
fight, don’t fight fair. One of the things I am referring to in the self
defense situation is increasing your odds of survival, of which having body armor may be a good choice for you, depending on when and where you need it.
There are three types of armor currently being offered to civilians, and those
are soft body armor which is predominantly Kevlar, steel body armor which is
steel plate, and ceramic which is most similar to what military forces wear. So
which one is right for you?

Soft armor is great when you don’t necessarily want people
to know you might be prepared or protected. Some people would call this grey
man, others would call it operational security, I would call it not showing all
of your cards. Handguns are typically the weapon of choice for most crime do to
their concealability so they don’t draw attention, and most soft armor will
stop typical handgun threats. Now it is important to note, I said MOST not
all….and there can be significant blunt trauma from the kinetic energy from
that round to your body, but you should survive that. A great example of hidden
in plain sight would be our backpack armor offered here, as it is utilitarian
(not just armor but also a backpack) and no one knows until you wear it, what
you might have. Downside to this armor is if you happen to run into someone
with a rifle or an extremely fast round like a 5.7×28, this armor will not be
as successful.

The budget option for most is steel armor plates. Typically,
they are worn in an above the clothes manner, with either a plate carrier or
full improved vest like the military sports. These plates are typically rated
to NIJ Level III (some will advertise 3+ but that is a company ranking not an legitimate
one) that should be rated up and through most rifle rounds excluding armor
piercing. Some that are touted as III+ are reported to stop m855 or green tip
5.56mm rounds or 308 Winchester rounds. Pros are they are usually affordable
and get people into the game, and they have a long shelf life of somewhere
around 20 years. Cons are they are very heavy in comparison, and some can spall
badly. Spalling is where the copper and lead jacket hit the steel plate and
shatter the round, sending debris of the round in all directions, potentially
hitting the individual wearing the vest and putting them out of the fight.

Finally we get to ceramic, which are typically rated level
IV and depending on the company are rated to stop up to a 30-06 armor piercing
round. As 30-06 is not nearly as popular in days of late, as well as AP is
extremely cost prohibitive, I would count these as less than likely, however it
will also stop green tip with no issues, which is a plus. It is also
significantly lighter than steel, and there is no risk of spalling. So what are
the downsides? Cost of the plates are usually the big one, as well as its great
to soak up those initial rounds but then the plate is useless, where as steel
could still be ok to use (if the spalling didn’t get you). Also, most companies
only advertise a five year shelf life.

So, what one is right for you? Well, if you are looking to
have just in case something goes bump in the night or want one for a
non-permissive carry environment like school or work, the backpack soft armor
we have here would be right up your ally. If you are doing a lot of physical
training with it (great workout FYI), want a long shelf life, and a decent cost
per unit I would say steel is good. If you think its WWIII and you can afford
to replace for your family of four every 5 years and you expect to get in some
serious stuff, ceramic might be a good call.