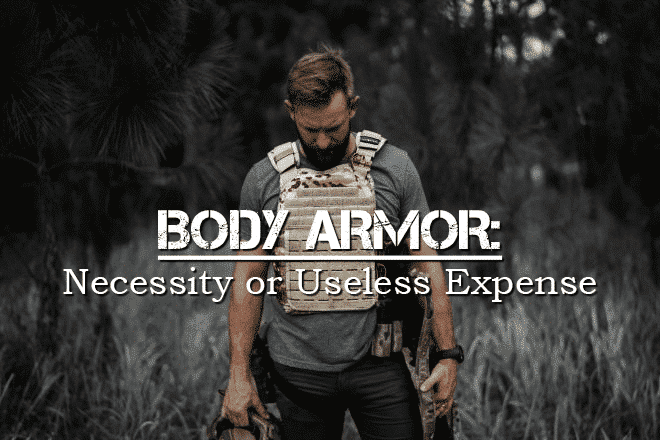 Today, there are an estimated 390 million firearms in the
United States, about 60 million more than people. Unfortunately, people with
ill intent will inevitably find their way to one and can cause harm. With such
high-profile shootings and civil unrest in the last few years, the concept of armor in places we can’t carry a firearm like government buildings. We will
discuss the idea of body armor, some of the different types, and whether it is
a good fit for you.

Body armor is rated by the National Institute of Justice
(NIJ) and varies from Levels IIA, II, IIIA, III, and Level IV, with some
manufactures offering III+, but is not officially recognized as a level. They
range from soft armor that you can put either under or over your clothes, steel
which is made of…steel, as well as composite plates.

Soft armor is likely the most available and is typically
level II, and most civilians and security personnel I know wear it under their
clothing. Like being a concealed carry gun owner, most don’t want to advertise
that they have an advantage over those that may want to do them harm. Level II
is rated for 9mm and 40 calibers, with IIA upgrading it to withstand up to .357
Magnum.

Level III+ is the next rating, and it covers hotter rounds
like .357 Sig or 44 Magnum while still being flexible for the most part. Level
III, you see an increase in the ability to stop rifle caliber rounds, like the
7.62×39 AK round and the 5.56. This type of armor is bulkier still and is
likely too big to wear under one’s clothes.

Finally, type IV stops up to a 30-caliber armor-piercing
round. Then you must consider whether to get plates made of steel or composite.
Both can be rated for III or IV, and some companies offer an III+ that is
reported to stop more rounds, but this is typically company-dependent, not
certified like the NIJ.

So, is body armor right for you? For day-to-day, I would say
not many Americans would likely need armor. It is a personal decision to wear
as it is to carry. Right now, it is legal to own, and while it is, I personally
believe it is better to have and not need than need and not have. I have worn
composite plates downrange with a full load, and it is heavy for an all-day
carry, so I would use caution with getting steel as it is heavy. If you are in
a more urban environment, I feel level IIIA is probably sufficient, but if you
are in a more rural setting where hunting rifles are more the norm, I will go
with Level IV.

There are a lot of unique ideas that could suit you based on
your needs, such as backpack armor, armor-rated clothing, and a hoodie.