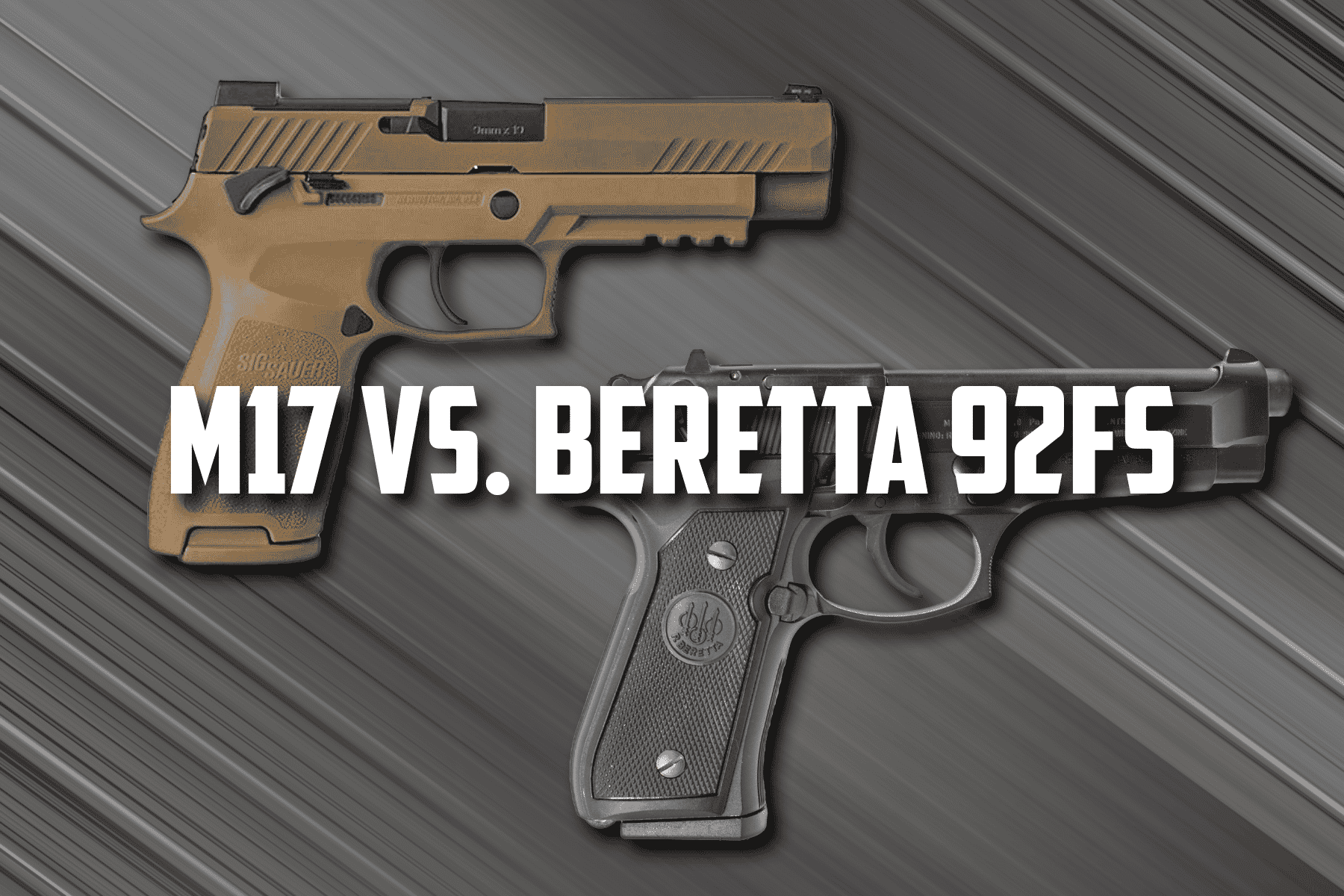 It has been a few
years now since the Army awarded the new handgun contract to Sig Sauer USA,
replacing the Beretta as the standard sidearm. The Army chose the M17, a full
length P320 whereas the Marine Corps chose the M18, a shorter barreled P320. I
have had the opportunity to take these two guns out and with my experience with
the Beretta having one in a combat zone and training on it, here are some of my
thoughts.

First off, if you have ever had the chance to fire the
Beretta 92FS, it is a big gun, and it is double action/single action, with the
ability to have a round chambered and hammer down and still draw and pull the
trigger. If you have shot a revolver that is DAO that first round has what
seems a very stiff trigger pull similar to that. The next shot for the Beretta
is much lighter as the hammer is already cocked from the recoil of the first
round. The Sig differs as it is the same trigger squeeze throughout, no
adjustment in weights which I think greatly improves the accuracy of the
firearm.

Second is capacity, with both carrying a 17 round magazine
standard, however Sig does have 21 round magazines as well that come with the
pistols. This may not seem like a lot but if you aren’t in the habit of
carrying around spare magazines (you should do this and use our mag holders
found here), this offer a bit more time before reloading. If you read my
previous blog regarding reloading, if you can stay in the fight longer the
better off you are.

Third is modularity and optics. The Beretta that I was issued
was likely made in the mid 90s, and it looked like it had seen Desert Storm,
Iraq, Afghanistan and maybe drug behind a truck for a few miles, and it was
completely slick, meaning no rails, mounts for optics, or even upgraded sights.
It was plain jane, and it worked well enough. That said with the advent of
better RMRs for pistols, and awesome holsters that can hold them like the
Original I use, that are custom cut for optics, it is easy to see why the Army
switched to offer capabilities to its soldiers to increase lethality.

Recoil was pretty similar with the nod going to Beretta,
because it is heavier, and it soaks up recoil due to its weight. My accuracy
with both the M17 and M18 were about the same, but I shot a bit better with the
Beretta, likely because of my familiarity with the platform. Overall these are great options to carry and I think a solid improvement for the small arm of the
Army and Marines.

Also, be sure to check out JM4 Tactical for your holster needs!