One of the most popular rifle and pistol cartridges is the .22. There are many different types of .22s out there, but 22 long rifle, or .22lr for short, is currently the most popular one, and for good reason.

Pistols and rifles chambered in this classic cartridge are the perfect round to train a new shooter on, as it builds confidence in shooting due to less noise and recoil, and allows the shooter to build upon learned skills.

You will, unsurprisingly, find semi-automatic and bolt action rifles chambered in 22, as well as semi-auto pistols and revolvers. Rimfire ammunition is notoriously dirty and thus will require more thorough cleaning than centerfire cartridges. It is for this reason you will see commentary on the easiness of field stripping for cleaning. The top four pistols all look similar, and that is no coincidence. 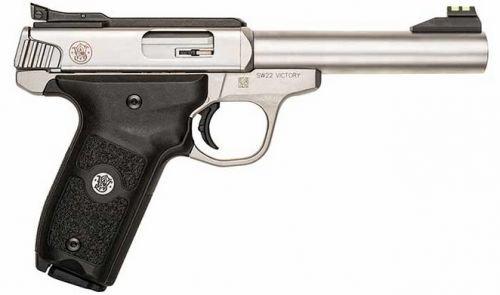 The Victory is S&W’s response to the Ruger Mark series. The do look a lot alike. One of the strongest features of the Victory is the trigger. It is light with a weight of approximately three pounds. It has a flat face and has a few indentations for easy gripping. Field stripping the Victory is a bit odd because it requires an allen wrench to start the process.

When I heard this I thought IKEA was making guns now. Once you get that screw out of the way, it comes apart easily. I feel like if I can field strip a Browning High Power without a tool, shouldn’t I be able to do the same for this? On the plus side, there are a lot of accessories and modifications that are possible and relatively easy to do, but this pistol comes well optioned with a match grade barrel and great sights.

Often times, even the best .22 pistols have trouble with certain types of ammunition, but the Victory is reported to be extremely reliable with all kinds of ammunition, and that’s just one of the reasons why this pistol makes the top of the list. 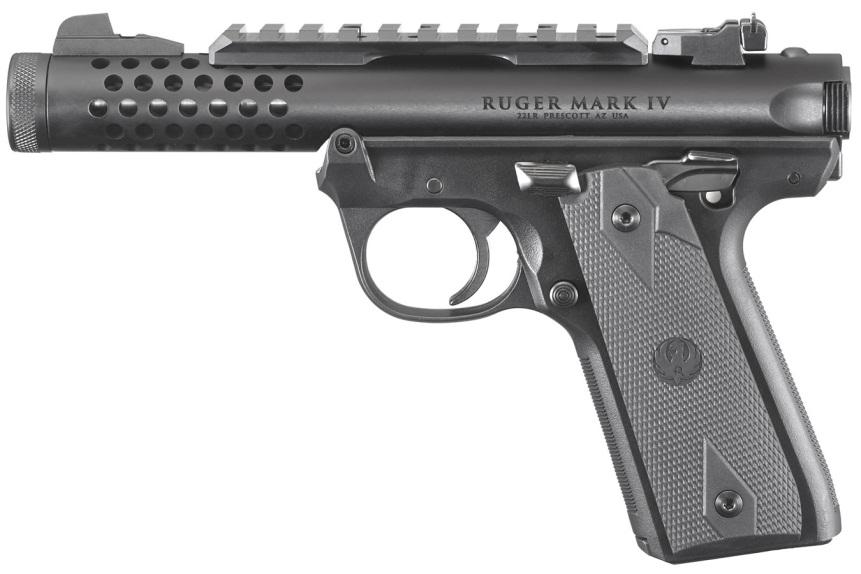 The Mark series are the most popular line of .22 lr pistols. Not including specialty versions, there are four generations, with the Mark IV being released last year, 2016.

An earlier version of this legendary pistol was Ruger’s first gun, and over the years they have made improvements as technology improved and gun enthusiasts have changed.

As is the Victory, the Marks are known for their reliability, accuracy, and their ability to function with a wide variety of ammunition available on the market today, whether bulk and inexpensive, or more specialized. These pistols did, however, became notorious for the difficulty in which they were to be field stripped for cleaning. Rumor has it that reassembly would take an experienced gun enthusiast more than 30 minutes to figure it out.

Fortunately, Ruger simplified the assembly and reassembly procedure for the Mark IV. Unfortunately, Ruger recalled the Mark IV because of a bizarre faulty safety mechanism. As that applied only to Mark IV’s manufactured previous to June, 2017, newer manufactured pistols are good to go. And if you do have an older Mark IV, Ruger will replace the faulty safety mechanism with a good one and ship you a free magazine for the trouble. 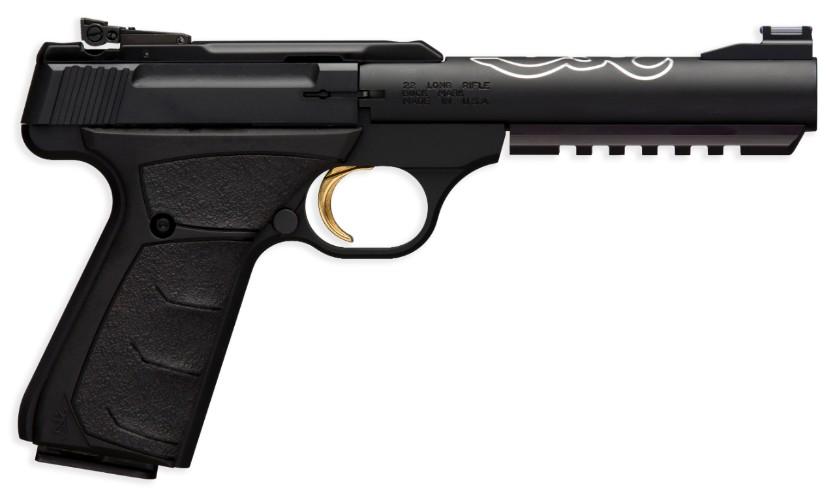 However, it is not as highly rated with regards to reliability and functioning with all different types of ammunition. But, it is still a fine pistol. Another feature of the Buckmark is that most of the barrels are interchangeable. This is great if you are considering getting into pistol competitions. For those shooters that struggle with racking the slide on some guns, the Buckmark has additional slide serrations and tabs to make racking the slide more convenient.The price point in a Buckmark is lower than its competitors also, so if price is a concern this is a great option. 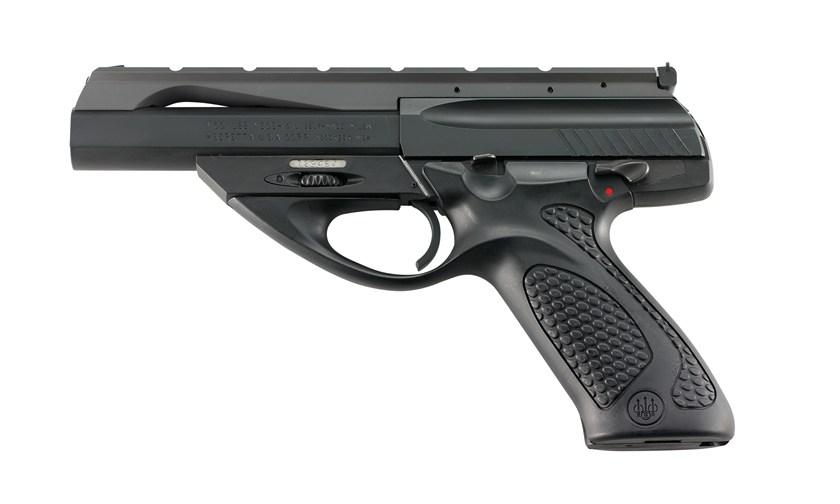 A little more obscure than “the big 3”, the Neos is a very attractive 22 pistol with a rail and is easy to field strip for beginner shooters. You can use the iron sights right out of the box, or you can mount a red dot to it. The trigger is a smooth, single stage that needs no adjustments which is one of the best I’ve felt.

For those of you who are left-handed, you will be happy to know that the manual safety is ambidextrous. It shot very reliably with every different kind of ammunition I tried. One excellent feature is that Beretta sells a carbine conversion kit which literally turns this pistol into a carbine, so you can do some plinking with that as well, sharpening those skills. The takedown and reassembly is not terrible, but it certainly isn’t like a Glock 19 if that’s what you are used to. 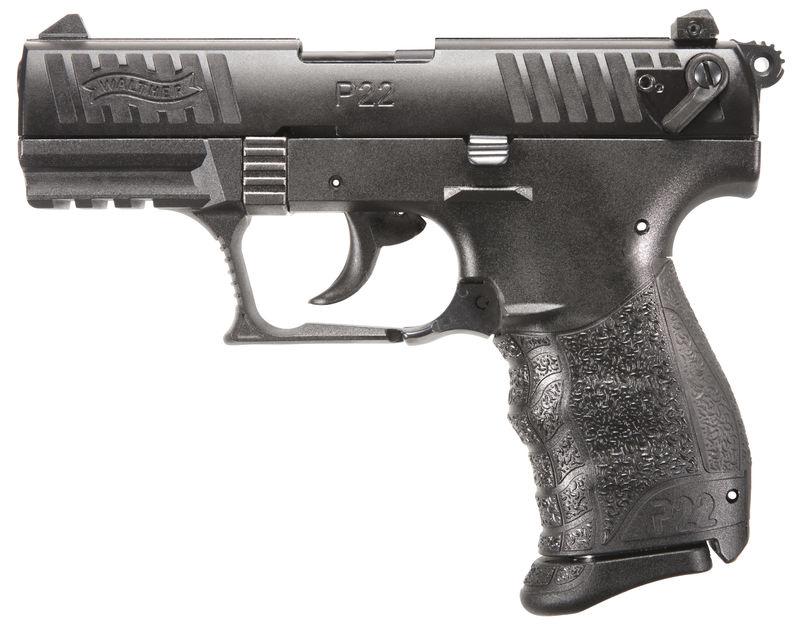 The other pistols listed are specialty pistols and are in a market segment of their own. However, some of the best .22 pistols seek to emulate their centerfire counterparts.

Quite a few of the major centerfire pistols do have either a .22 counterpart or even a 22 adaptability kit, either produced by the manufacturer, such as this Walther, or aftermarket, like Glocks. There are countless .22 caliber 1911s, Beretta makes a .22 version of the M9, Sig Sauer has the Mosquito, S&W M&P 22, and Ruger has the SR22.

Now if you already have the “big brother” version of one of these “little brother” pistols, you might be interested in one of these. They all have their drawbacks though.

The one with the fewest drawbacks, and why it made this list of the top 5 best .22 pistols, is the P22 which is nothing more than a scaled down version of the P99. It is a polymer framed, double action/single action, ambidextrous, modern pistol. One amazing feature is that these pistols come with an internally threaded barrel, so you can get a suppressor for this pistol. Not all models have this feature, though.

There are many more .22 pistols that likely deserve to be on this list, but these are the ones I like the most, and is a great starting point for you if you’re in the market for one of the best .22 pistols out there. Which one is your favorite?

Finally, when you’re ready to start carrying your defensive pistol, though we wouldn’t recommend one in .22lr for defense, we’ve got the best leather concealed carry holster on the market.

Create an account with us and you'll be able to:

Fill in your email below to request a new password. An email will be sent to the address below containing a link to verify your email address.