Why Not To Touch Your CCW After It’s On 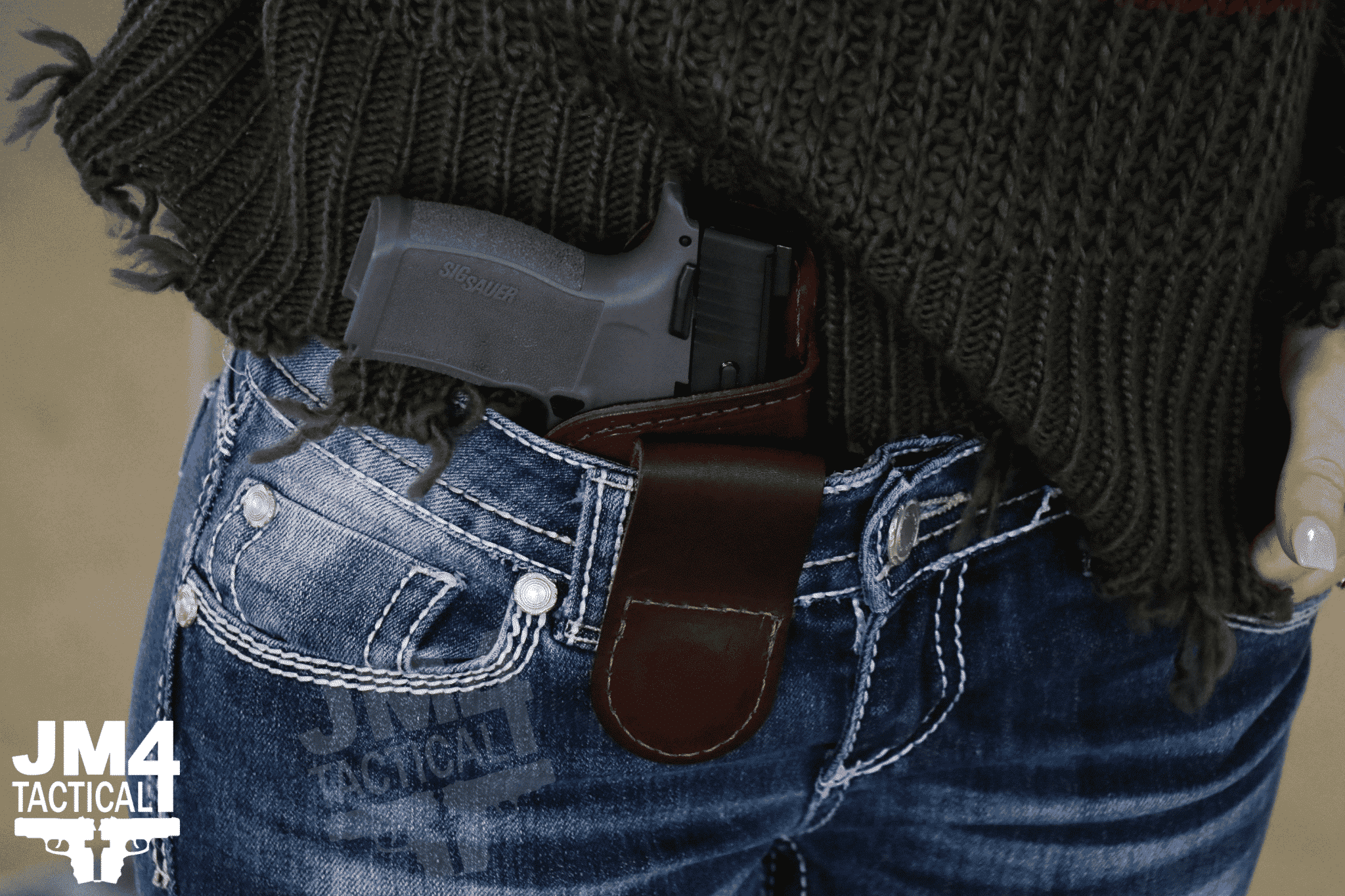 There are some very basic things to remember when it comes to concealed carry. One of those things is that by choosing to conceal your gun on your body, instead of openly carrying your gun, you’re making a choice to keep your gun hidden.

While that may sound obvious to you, what some folks don’t realize is that when they adjust their gun, or brush it with their hand to make sure it’s still there, etc., they may be giving away the fact that there is something there, or worse, as we’ll see below.

It is true that most, average people won’t give you a second thought. But to the trained eye, or the thoughtful criminal, these things are a dead giveaway that are very easily avoided with some practice.

There are basically two reasons why people touch their guns after they’re put on in the morning. First, some people lack confidence that their gun is still there and brush up against it to check on it. Second, it may have moved or is otherwise uncomfortable and is adjusted.

In all reality, the only time you should touch your gun is when you’re taking it off for the night.

Here are some tips to combat the adjustment and touching of your gun so you don’t give away your tactical position:

Carry at home for practice

One thing we recommend everyone to do is to practice carrying your gun at home. We always recommend carrying a gun in the home, anyway, because they’re so highly targeted for crime, but even more so in the beginning.

When you’re just getting used to the fact that you’ve got a gun on you, the best thing you can do to boost your confidence is to carry more often. This includes carrying in the home if for no other reason than to get used to actually carrying your gun.

After carrying your gun for a while, at some point you’ll begin to feel naked without it on your body.

But the main takeaway here is that carrying it at home gives you the confidence needed to carry and not constantly feel for it.

Even more important is choosing a good, quality gun holster to begin with. If you’ve got a holster that is high quality (we can help you out with that, by the way), then you’ll develop the confidence to carry your gun even sooner.

All too often we see people spend all this time and energy on picking out a concealed carry gun, only to buy the biggest turd of a holster they can. You don’t have to spend a lot of money, as you can see with our Roughneck holsters, but putting more effort into researching a good holster is a must to keep yourself from feeling the need to adjust your gun’s position after it’s on your body.

Check out the holsters in our store, and make sure you read the reviews we’ve got. And when you order one you won’t be sorry.

At some point you’ll just have to have the faith that you’ll know the gun is actually still there and to not feel for it or adjust it.

This comes with time, but the sooner you can develop this faith you’ll eventually put in yourself and equipment, the better off you’ll be.

Whatever you do, don’t adjust your gun in public. We always advise against removing your gun from your body, anyway, unless you have to for obvious reasons or you’re going to bed. The reason why, in case it’s not clear, is because each time you’re handling your firearm the chances that you’ll have an unintended discharge is higher.

If you don’t ever have to adjust your gun you’ll never have a discharge unless you’re having an equipment failure of some sort (like a damaged holster).

A true and recent story comes to mind of a man who was adjusting his firearm in public causing a discharge into the ground and a ricochet reached up and hit a small boy in the leg.

Had he not adjusted his gun that never would have happened.

The moral here is to not adjust your gun once it’s on your body. The way you get there is by choosing good gear to begin with, practicing with it, and having faith that it’s still there after you put it there. Anything else is just unsafe.