What Started The Revolutionary War? 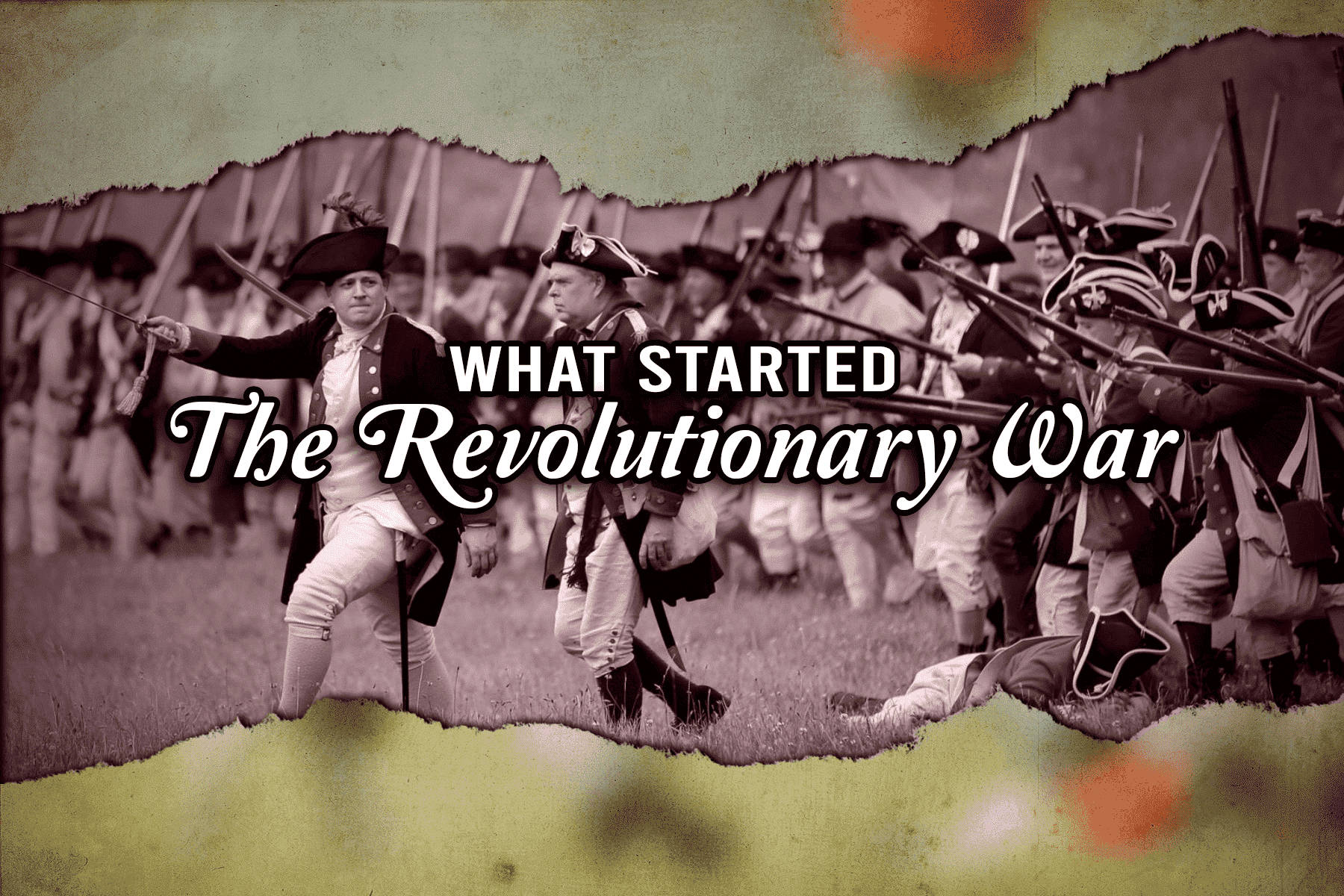 I hope that on the 4th
of July you were like me and my friends and family. I read about the founding fathers
and the Constitution, I bought a ton of fireworks to shoot off in celebration,
prayed thanks for my safety overseas, and worked around the house. It got me
thinking, why did the colonists actually go to arms? What was it that pushed
them over the edge to take up arms and it came down to gun confiscation.

We like to think
that all of the other issues that were going on were what started everything.
Indeed there were repeated attempts to get taxes from the colonies, with the
refusal of having representation in Parliament. Colonists were actually OK with
paying taxes, most of which was to recoup costs from the expensive French and
Indian War, but wanted to do so through their own legislature. This was further
compounded when colonists who wanted to expand westward were told no, and they
were forced to pay for the British troops to keep them safe. Many were
quartered in American civilian homes at their cost to house and feed. These
acts eventually culminated in the Boston Massacre, when British (read
government) troops fired on protestors who were unarmed.

With the widening of protests, the Boston Tea party, refusal
to buy British goods (thus avoiding the 1% tax). There were several other taxes
that were imposed like the Stamp Act (all legal paperwork needed a Stamp and
thus a tax), and Townsend Act that contributed but the actual rising of arms
never happened.

It wasn’t until the British marched troops on Lexington and
Concord that the colonist raised arms against their government. But what made
those two cities so important? The main objective was to seize or destroy the
powder, munitions and arms that were stored by the American militia (read
ordinary citizens) to secure Boston. So, it wasn’t until the British decided
that they would take the ability of the colonists to defend themselves that
armed minute men, young and old, gathered their arms, and engaged the troops
sent to subjugate them. But why is that important? Didn’t the British have
“military grade” weapons of the day? Yes, as did the average citizen. Both the
Brits and Americans were armed with the state of the art muzzleloaders of the
day, with many of the Americans actually being armed better with custom long range
rifles which were used to pick off officers at more than twice the distance of
the standard weapon of the day, the Brown Bess.

So, what parallels can we see today that might be similar to
the time of the colonies forming. There seems to be more and more taxation with
the feeling of less and less representation. Current estimates are that 48% of
Congressmen (House and Senate) are millionaires, and to date I have not seen
them vote for their own pay to decrease, and laws are passed for citizens but
not for them. Second is that peoples rights to peaceably assemble are only ok
if “mostly peaceful” or if it follows a certain party, not others. This is why
so many who study history are worried, because what comes next is disarming the
populace, because once unarmed, a government can do as it wishes to its
populace, we can look to Mao, Stalin, Hitler and the British (both here and in
other countries of their empire). So do some reading, and some soul searching
as to what is worth your liberty? What is it you feel would be the tipping
point to grab your wig and powder horn? I am not advocating for violence, I
want you to exhaust every measure: call your representatives local, state and
national, petition your local governances, sue them if need be, support GOA or
other likeminded organizations (Not NSSF or NRA, they just want the money and
will roll over the first chance they get), and most importantly exercise your
rights. Use your rights, because like muscles, rights not used will atrophy.