“What is the Best Gun to Buy?” 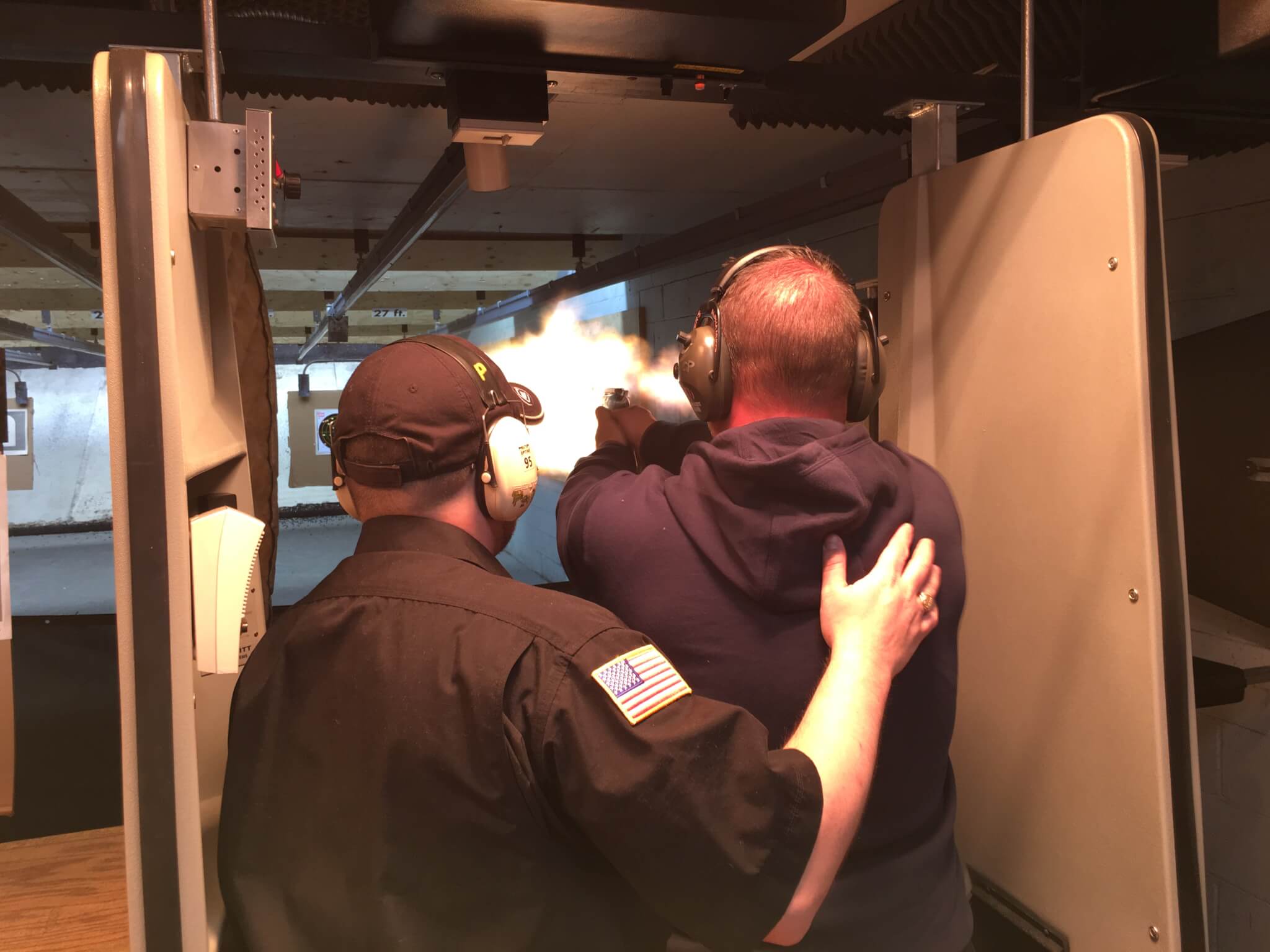 The year 2020 has been an unprecedented time. We don’t need to discuss the dumpster fire of
what has and has not happened throughout the year. However, we can discuss some
of the consequences of this perfect storm of what we’ll say are unfortunate
events, to put it lightly. One of the results
of 2020 has been an influx of new gun owners.
This effect is not a bad thing, nor a good thing – just a thing that has
occurred. Divvying up what may make
individual scenarios good and bad have more to do with how our newly armed
compatriots conduct themselves.

Social media is, well, it is what it is. You, the reader, can think about what that
means. For me, I have a very eclectic
group of contacts that I connect with through my personal social media
accounts. I will admit that the diverse
nature of who I’m “friends” with seems to be shrinking as time marches on but
at no specific “fault” of my own. Take
from that what you will. Having been a 2nd
Amendment Advocate for most of my adult life and an outspoken 2A writer moreover
the last five years, I’m assuming that I’m eloquently dubbed the “gun guy” to
many of my contacts. In different parts
of the country, that’s just normal. But I’m
from New Jersey, so being the “gun guy” puts me in a minority position, but
also one that has come into demand.

Throughout 2020 I cannot say how many people have approached
me online via email, text, direct messages, etc., that seem to be coming out of
the woodwork from my past. People I had
not spoken to in over a decade and a half all of a sudden have things to talk
about with me. Hey, I’m not complaining.
I’m here for the people who have been or are in my life. Well, and like many firearm instructors, I’m also
here for you, the person looking for guidance on anything gun; otherwise, you’d
not be reading this right now.

The most common question I get is, “What is the best gun to
buy?” Usually, there will be a little small talk like, “Hey, how have you
been? I hope you’re doing well. Maybe you can help me out with some questions
I have about guns.” Several persons that reached out to me, I had not spoken to
in about 15 years. I may do a quick
social media scan to see what they’ve been up to, or at least purport to be up
to, and then try to get them on the phone.
My wife is well aware that these phone calls are usually upwards of an
hour. She is an angel in these things
and adopts a similar mentality that I have – we want people to be safe and
responsible firearm users; therefore, trying to answer, “What is the best gun
to buy?” cannot be quickly conveyed.
Granted, I could easily say, “XYZ make, and model is my favorite, so buy
one of those.”

A tale of two people from my past…

The main thing, for me, when I get these requests, is
finding out what the person has been up to and how much experience they have
with firearms. If you get the “what is
the best gun to buy?” question, usually there is minimal experience coming from
the person involving the handling and use of a gun.

One such conversation revolved around training. I got an email from a friend and colleague
that I had not spoken to in a good while.
At one point in the past, we did talk a little about firearms, but
nothing too committal. He was concerned
for his family’s safety, a family of four, with a 19-year-old daughter and a
21-year-old daughter. They wanted to
incorporate a firearm or firearms into their home protection repertoire. We discussed what the pluses and minuses of different
guns were, informally talked about the laws governing our area, and really, I
tried to listen to his concerns. Before
we got off the phone, he committed to wanting to get training for his entire
family. We set up a few dates for
meetings, and I had an opportunity to start with a tabletop discussion in their
home about their specific needs. I
fielded their questions and then went over what I would call the “book work” of
firearms safety training. We used
replica firearms and dummy rounds to break the ice. After that first meeting, we had two more sessions
where I had the opportunity to train them at a range with live-fire exercises
and safe firearm handling. Overall, the
experience was good – from what I can tell, they were satisfied with the level
of training they got, and from my perspective, I thought everything went very
smoothly. They’ve decided to go forward with the paperwork to buy firearms in
our jurisdiction and plan on trying out more guns before they buy.

Another conversation with a different friend was a bit
narrower in scope. We did have our small
talk, and then I got from my friend a list of what he wants to achieve “I want
a pistol. Maybe one or two. I also want to get a shotgun. And I want to learn how to hunt.” Okay, so we
discussed all these things. He told me
that a friend of his recommended XYZ make and model pistol and ABC make and
model shotgun. That he was interested in
self-defense, but for the shotgun, something he could hunt with too. I asked him what did he think about those
models. To which he replied, “Well,
yeah, they’re good. My friend told me
the pistol is top of the line and that many police forces use the ABC
shotgun. So, they’re good, right?” I
followed up with, “Have you shot those models?” with the answer being “No.” And
I followed up with, “Have you ever shot a gun?
Do you know how to shoot?” another resounding “No.” I told him I’d be
happy to help him out in his search, but I recommend he get some training and
take a chance to try before he buys.

Fast forward to the present day. Since training the family, they’ve expressed
wanting a little more instruction, particularly after they’ve purchased
whatever firearms they end up getting. In
the latter situation, well, that guy went out and bought the pistol that his
friend recommended. I don’t know if he
tried it out or went to the range. I don’t
know anything other than he scoured the country to order the pistol he wanted,
found one, and had it shipped to a local FFL.

I bring these two situations up because they cover different
mentalities when purchasing a firearm or anything. One mentality, the informed with a basis on
some experience. The other mentality,
taking for granted what you’re told and just going in blind.

Other things I hear often are in the tune of:

“This one is so small, it’ll fit right in her hand
perfectly. This is the gun I’m gonna buy
my wife.”

“I’m gonna get a shotgun; you don’t even have to aim those
things.”

“XYZ agency uses this gun, so it must be the best.”

How does this help you if you want to know, “What is the
best gun to buy?” My first question back to anyone is going to be, “Have you
ever shot a gun?” If the answer is “No”, my response is going to be, “Before we
discuss what the ‘best’ gun to buy is, you need to know what is the ‘best’ gun
for you. To figure that out, you need to
know how to shoot.” That being said, I don’t think you need to have an Olympic
level of proficiency with a firearm; however, I believe that people going to
buy a gun need to know how they operate and shoot them safely and correctly. Without the basis and understanding of comprehending
the proper techniques, it is virtually impossible to make an informed decision
on what is best for you!

Those out there who are first-time gun buyers need to get a
little experience under your belt. Take
a class. There are a ton out there. Courses range from a couple of hours to
several days. Seek out and find one that
works for you. Find
an instructor or training venue that will cater to your needs. You might end up putting together something
informal with an instructor just to get down the basics. Maybe for an hour? We can read articles and watch videos until
we are blue in the face, but we have nothing to go by if we don’t have real-world
experience. People always say that the
book is better than the movie; in this case, the actual hands-on, peer to peer
experience trumps it all.

Once you have a little experience, then you need to figure
out what works for you. Questions you
need to ask yourself include: Is this for home self-defense? Is
this for concealed carry? Do I want
a long gun or a handgun? Your needs are
going to be different than everyone else’s, they might be similar to, but not
the same.

After you’ve figured out what need you are trying to fill,
then go out and try as many firearms as possible. This point is where you can take to articles
and videos online. Read about different
guns in the context of what you need and want, relying on your experiences of
having fired a firearm. After you’ve got
an idea of what you think will fit your needs, find a range where you can rent that
particular model, and try it out. The
shooting community is generally very giving when it comes to things like this,
so ask around if anyone you know has the gun you want to try. I’ve never heard,
“No, you can’t try out my gun.”

There are many people out there who have buyer’s remorse
when it comes to buying guns. In the 70’s
there was an influx of used .44 magnum revolvers in a pristine condition
available because people went out to buy the handgun attached to the Dirty Harry franchise of films. Once they had a chance to fire the piece,
they quickly found that the firearm was not for them.

The best advice I can give anyone when they ask me, “What is
the best gun to buy?” is to figure that out by making an informed
decision. Yes, seek guidance, and do
research. But you need to know what is
right for you and the only way to know that is for you to try before you buy!

John Petrolino is a US Merchant Marine Officer, writer,
author of “Decoding
Firearms: An Easy to Read Guide on General Gun Safety & Use” and USCCA
certified instructor, NRA certified pistol, rifle and shotgun instructor living
under and working to change New Jersey’s draconian and unconstitutional gun
laws. You can find him on the web at www.johnpetrolino.com
on Twitter at @johnpetrolino
and on Instagram @jpetrolinoiii