The Fallacy of A One Shot Stops 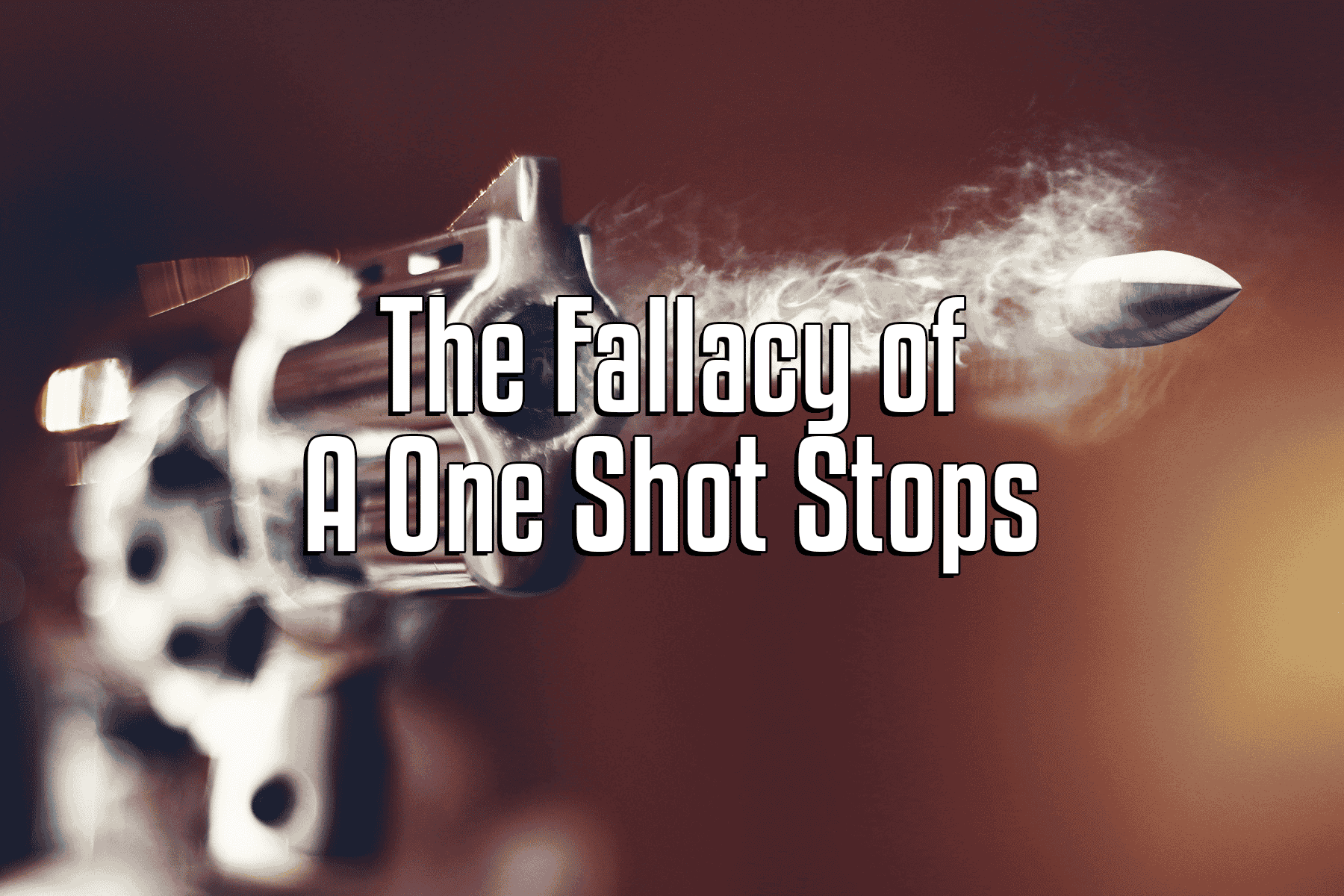 We have all heard the wars in the calibers talking about
being more effective than another, and it is something that despite all the
data out there that speaks to calibers, loads, testimonials there is still a
ton of arguing about the “one shot stop”. Truth is there is no such thing in my
opinion, and I feel I can back that up with reasoning and logic, but I will
leave it for you to decide. The definition itself varies but is typically
centered around one bullet stopping the target from doing what it was doing
immediately and/or no longer being a threat.

One of the biggest myths is that the bigger the gun, the
better the stopping power. Now at face value it appears to be true. If you
shoot a bad guy with a 45-70 versus, say a 22, he will more than likely stop. However,
the thing that this doesn’t address is where the shot impacts. I know this may
seem like a trivial point but hear me out. If you hit someone in the arm with a
22LR, there is a chance they are still a threat, but also a chance they may
decide that it hurts, and they aren’t that interested in whatever it was they
wanted originally. The second part to it is a poor shot with a larger caliber
might get you a similar result as a well-placed shot and smaller but just not
as fast. If the recoil on your 44 magnum prevents you from hitting solidly on a
charging bruin and winging him in the arms, odds are you’re not effective based
on our standard above. Same situation with a 9mm and 15 rounds of +P solids in
the head and vitals you may be in business.

This used to be my
frame of thinking. I couldn’t hunt with anything less than a .30 caliber rifle,
and my carry gun was a 45 (God’s caliber to my line of thinking), and I did so
in my Original holster at 3 o’clock carry because that was how it was done.
However, in the last 13 years I have been in the service, I have seen the
effectiveness of smaller calibers, and I can say on good authority that they do
have pretty good terminal effects. Are there the odd ISIS fighter that soaked
up several rounds from the meth he was on going to keep going, yeah, adrenaline
also does a lot to longevity in a fight, but consistent hits in the A zones
(reference to IPSC target of center mass or right in the brain housing group)
and it doesn’t matter the size of the bullet. This is true in hunting where I
used both a 308 WIN and a 6.5 Creedmoor on two similar sized deer. Both shot in
the heart at same distance, and you know what, they both were DRT (dead right
there). I have also changed my thoughts on where I carry, working with the
appendix and the Original thank God is adaptable enough where I don’t need
another holster.

There is a lot to be said about a smaller bullet moving fast
and accurate as being effective stopping threats, but I will tell you that
unless you are toting a 12 gauge slug or a 338 WIN, shot placement will always
trump a bigger round.