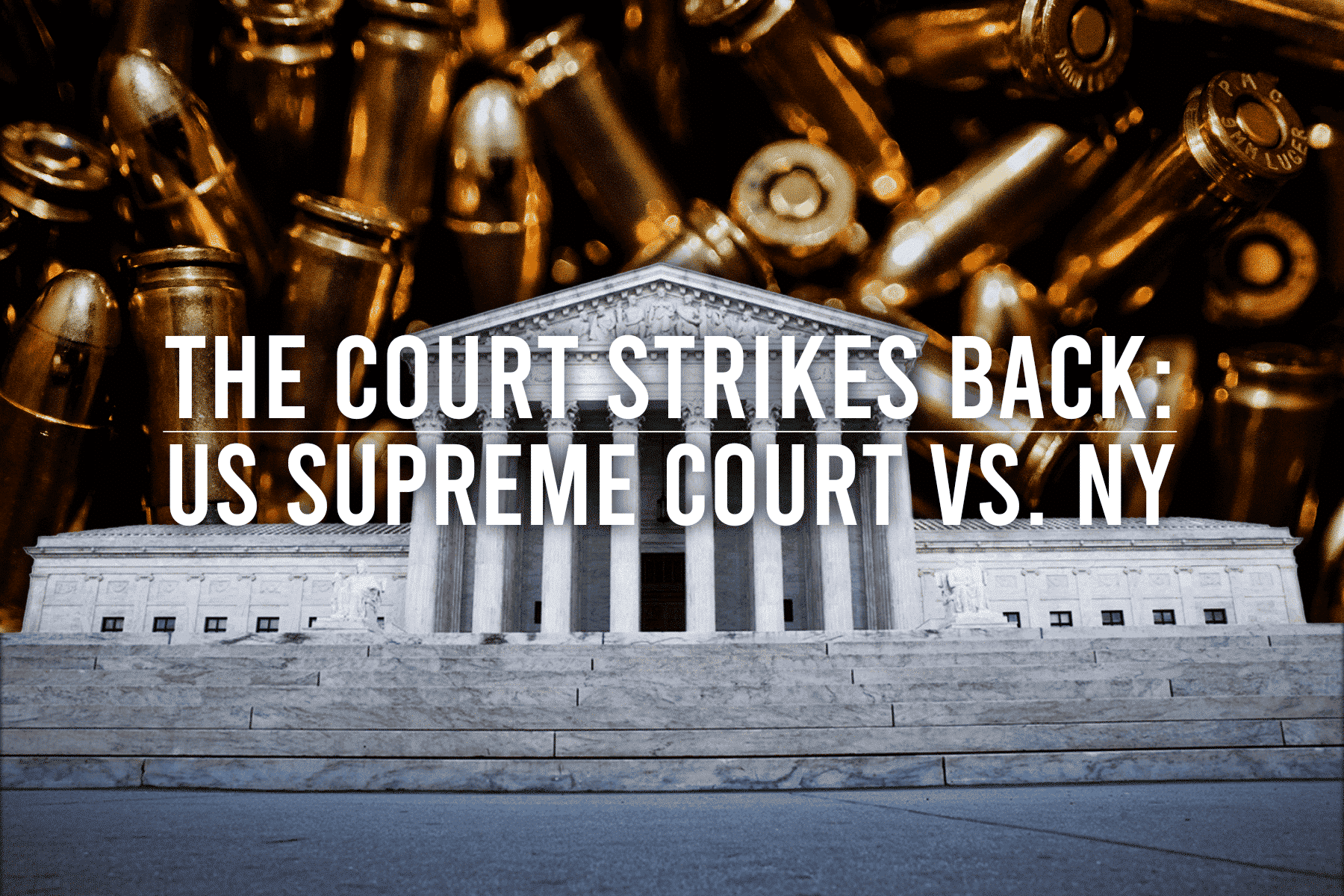 Despite the
potential gun laws being passed in the Senate, at least there is some good news
on the horizon. Today the US Supreme Court ruled against the state of New York stating that they have been infringing on people right to concealed carry in
public since the early 1900s. This is a major blow to states like California,
New York, New Jersey, Hawaii and other states that have now confirmed
un-Constitutionally prevented ordinary citizens from protecting themselves.

Since 1913, New York has prevented the carrying of handguns
in public, and in a 6-3 decision, the Supreme Court decided that it was a
direct violation of the right to “keep and bear arms”. In a majority opinion,
Justice Thomas stated that “We know of no
other constitutional right that an individual may exercise only after
demonstrating to government officers some special need”, which if I read that I
would insinuate that there isn’t even a need for any permitting for a concealed
carry license in general.

President Biden said that this ruling was against
the Constitution and common sense, and “in the wake of the horrific attacks in
Buffalo and Uvalde, as well as the daily acts of gun violence that do not make
national headlines, we must do more as a society – not less – to protect our
fellow Americans.” I agree with the President, as a society we need to
protect one another better, and there is no way to do that better than to take
my own protection into my hands, because there isn’t a police officer with me
everywhere to do so. I would re-iterate that in my belief if there was an armed
teacher/security guard, or if there was a concealed carrying mother in New
York, maybe they could have stopped these tragedies.

Of course,
New Yorks Governor is stating that the state will now become the “Wild West”
which is something that I find rather ironic considering that New York consistently
rates in the top 5 states with the most gun violence along with Illinois and
California (Texas and Florida were also in top 5). This to me would indicate
that the strict gun laws in three of those states and the relatively few in the
other two are essentially a wash. I would also guess that the “gun violence”
statistics would likely be a result of a lot more injuries or criminal
injuries/deaths in those three states as only criminals have guns, and if you
do have guns, odds are your training or using them is a lot less common or
encouraged.

So to the readers in those unlucky states that might
now have a chance, do it right and learn from the states who have been carrying
for years now. Get a good quality handgun of your choice, one that shoots well
for you and that you can afford to practice with often. Follow that up with
good training from a reputable instructor (YouTube can augment but there is a
lot of bad data out there). Finally get a good quality holster. For those in
warmer climates for large parts of the year, I would highly recommend looking
at the magnetic holster from JM4 because you can wear it with gym shorts when
its 100 degrees out, and it doesn’t need a belt. Carry responsibly, because if
we all do it will ensure that our kids can have the same rights we do right
now.