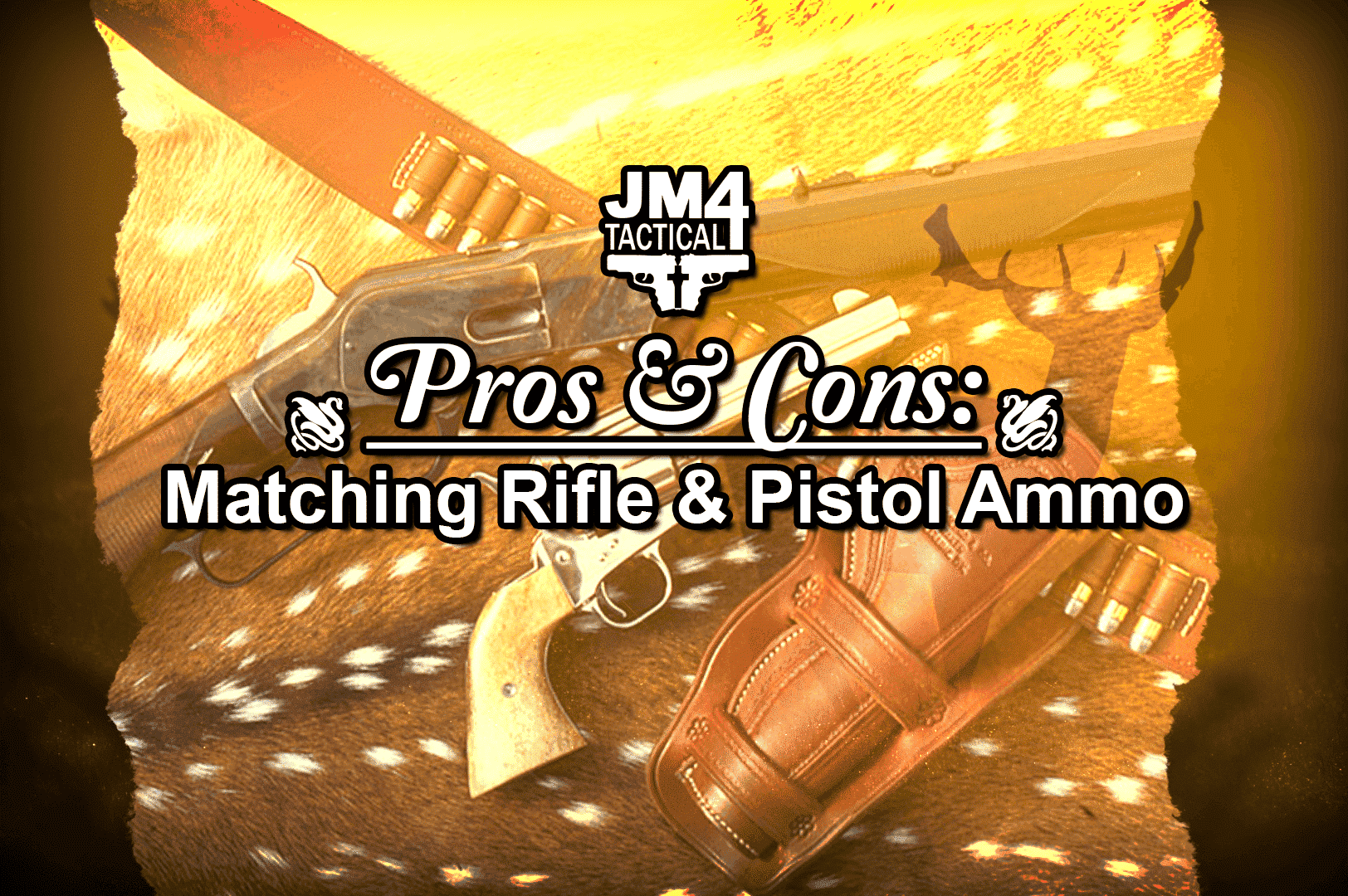 I am a big fan of simplifying things, and one of those that
I thought might be of value would be to streamline my ammo, making it useful
for both my pistol and my rifle. If you are shooting modern rifles, that can
make it a lot harder unless you have an AR-15 conversion to that caliber, but
it was something I did while I went through my cowboy gun phase. Here are some pros
and cons to both.

The first inherent upside is that you can feed both with the
same ammunition, which makes it ideal for shooting sports such as SASS. I tried
to go that route with .357 Magnum, matching both a Ruger pistol and a Henry
Lever action.

Both weapons could shoot most of what I wanted, and let’s be
realistic; it looked awesome in my leather pistol belt with it full.

The other added benefit was that both of those firearms
could also use .38 Special so that I could load a few more rounds in the lever,
and I was not breaking the bank while shooting. This ability is like some
modern shooting rifles where you can use a Glock as a sidearm and an AR
platform that also takes the same Glock magazines. This ability is especially
unique when you get into the larger magazine sizes that may not fit well for a
pistol but will for a rifle.

Another plus is that if you are carrying a select few
firearms such as the PS90/FN5-7, 44 Magnum, 45 Colt, or the .357 as listed
above, they make for packing, especially while hunting nice as you can focus on
one box that should cover for the hunt, versus taking a rifle plus a handgun
box. The adage ounces equal pounds and pounds equal pain is not lost on this
train of thought.

However, there are downsides. With the ammunition shortage,
came purchase limits or complete droughts. As a reloader, this was something
you could overcome for a while, and even those sources started to dry up. This
is obviously not good as now. Instead of one gun out of the fight, it’s two of
them.

Another interesting thing I noticed was that while some
ammunition worked great for the pistol, it was not that good for the rifle and
vice versa. While reloading the same bullet, the same powder, I had to tease
out a faster load for the gun as it wasn’t as accurate with a standard load,
and due to powder shortages, I was stuck. This resulted in a lot of time at the
shooting bench trying to get it dialed in and some frustration.

So, as you can see, there are goods and harmful
to have a matching set in the same caliber of both your rifle and pistol. Personally,
I am still going to have a few because while it has some drawbacks, it is excellent
from a streamlined perspective….and I think it still makes me look cool.