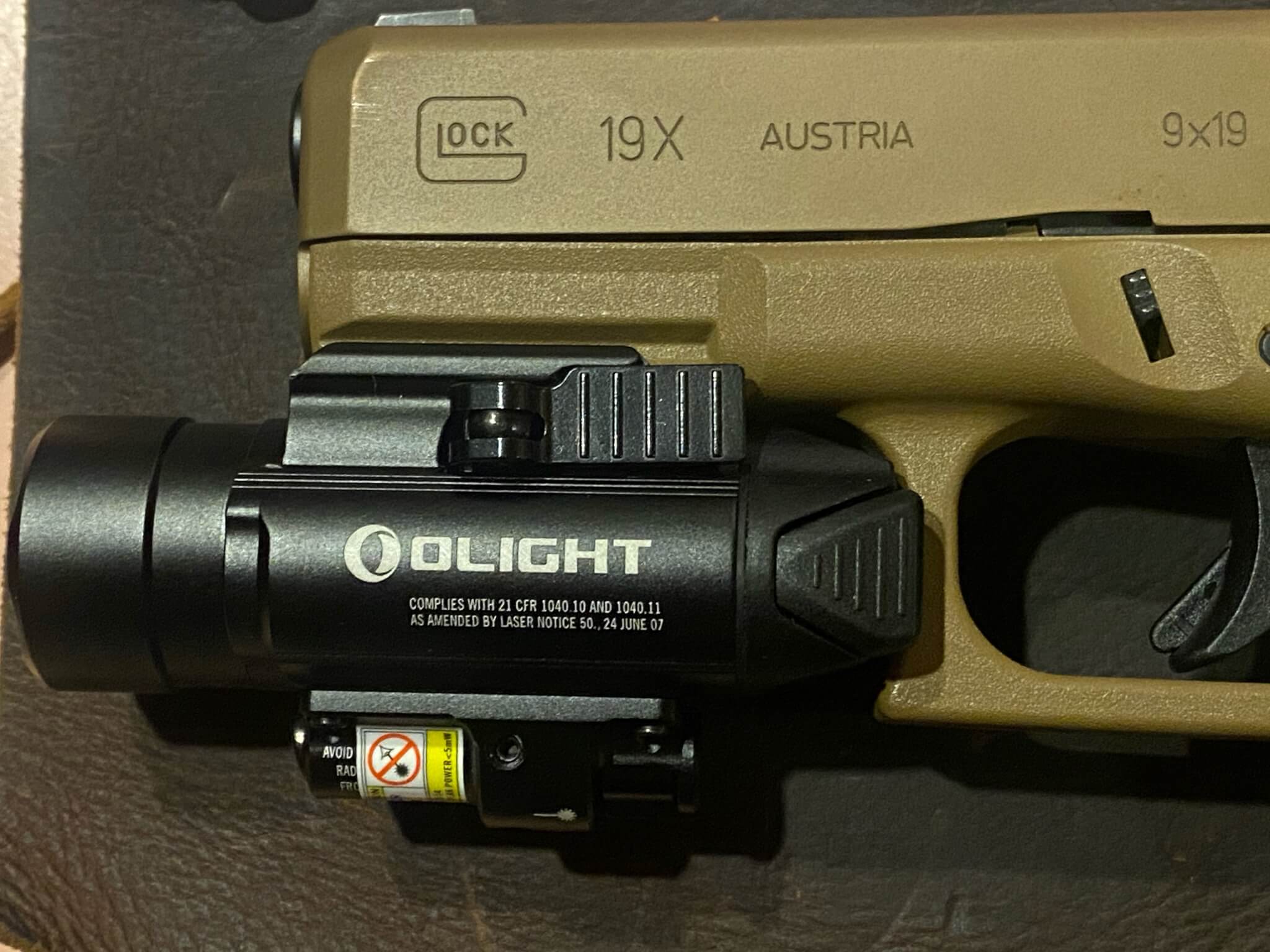 Pistol lights are a dime a dozen. We see tons
of companies produce them for the consumer, and I think to myself, “Are these
really as good as they say they are?” Over the course of the last few days, I
had decided to give the Olight Baldr RL a test run. I have found a few things
that I definitely liked about this light and a few things that I did not like
about it.

Coming off the line, I would like to talk about the distance that this light covers.
Linked at the end of this article will be the stats for the Baldr RL given by
O-light. We see that when it comes to the light, O-Light states that the range
of the light goes out to 240 meters. For me, anything that far out, I do not
plan on using a pistol to reach that distance, so I decided to test the light
at 30 meters in a test run to see how the light would work. At 30 meters, I
have noticed that it provided ample light, and it covers a decent amount of
area with the light. I found enough luminosity to offer me a clear picture of a
potential target in front of me.

Following this, I want to talk
about some functions of the light. When it comes to the Baldr RL, there is a
function switch on the bottom of the light that allows the user to change
between just a laser, a light, and a laser light combo. The laser, in my
opinion, is something that I can live without on my pistol. The laser is a little
too much for me. I have used lights before without a laser, and they worked
perfectly fine. Now, does this mean I would steer someone away from the light
just because of the laser? Absolutely not! When it comes to a laser, some
individuals may like it, and some may not, which is absolutely fine.

By Olight including a laser setting, the Baldr RL
allows the operator to have a laser light combination. I understand why some
people may like it, as I said earlier, but it just doesn’t do it for me. These
settings leave the last one strictly for the light itself. Nothing too major to
tell when it comes to that. The switch works fine when you are transitioning
from one setting to another. Also, when it comes to the light, I find that the
power switch is not much to talk about with the readers. I am a smaller guy,
and my hands are not that big, so when it comes to turning a light on and off,
I like to make sure that I do not have to move my whole hand to get to the
switch. The light also is ambidextrous for the left-handed shooters out there.
There is a switch pad on either side. One click turns the light on and one off.
The last thing that I can touch on is the strobe. When it comes to the strobe
turning it on and off is pretty straightforward. Both switches on either side
pressed in will turn on the strobe.

All in all, I would say that
there are both good and bad things when it comes to Olight Baldr RL. The light
does have a decent battery life, given which level you decide to run with your
light. Level 1 produces a Lumen capacity of 1120-500 Lumens. The light will
work for about 120 to 125 minutes, depending on if the laser is on or off. If
you are running the light at level 2, you are looking at much longer battery
life. The user can expect to get a
lifespan of 225 to 240 minutes with the laser running. This setting sees the
lumens running at 300. I would say that this light is coming in at an 8/10.