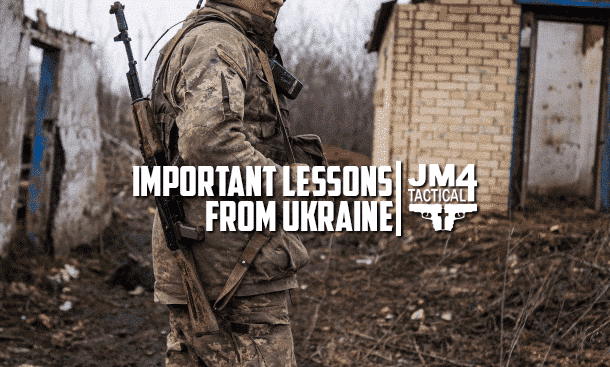 As you have seen if you have watched the news, the Russian
Army has officially invaded Ukraine. I am trying to remain a-political due to
my current job, and therefore I speak only on observations on things that
should be noteworthy for us in the United States.

After the fall of
the Berlin Wall, the Ukraine retained a significant nuclear arsenal that was in
their country. Both the United States and now Russia made the case they would
be protected and should give up those nuclear capabilities, which they did.
This to me is akin to anti-gun politicians stating to give up your personal
firearms because they, the police or “someone” will protect you in your most
dire hour. As we can see from both the US and Russian agreements (one to
defend, the other not to invade) seem to have been meaningless promises and now
they find themselves where the police aren’t there to help them and the
adversary that said they didn’t want your wallet now is the one armed. You can
affect this by voting for strong second amendment candidates or laws, or if in
a non-permissive state either do what you need to do or vote with your feet and
go to a freedom loving state.

Guns are only beneficial to the government when its being
threatened:

If you are seeing
how the current President of Ukraine is now offering “free guns” to those who
are willing to fight for the country, it shows us a few things. First is that
if there is a bad time, such as a SHTF scenario, it is likely that firearms
will be available. Second is that even a country with relatively strict
firearms laws becomes more than willing to issue out or use firearms in order
to have self-preservation. We can see how in even the cities with the most gun
control, the politicians, celebrities, and wealthy individuals are somehow
allowed armed security, or a concealed carry permit. This in my opinion is a
perversion of our legal system, but I would encourage every citizen to make up
their own mind on how much risk they want to assume. If you want to carry, do
so very deeply concealed using one of our Original or Roughneck holsters as
they are great to carry in non-permissive environments, as well as tend to be
quieter and more comfortable than kydex as per my review here.

Currently as the Ukraine is being invaded, you
better believe those who are outspoken on social media critical of the
government, that they have opposing views, or advertise they could be resistant
to current politicians or policies. If you feel that this is not a potential in
the United States, I would argue you are as naïve as those who thought Russia
was just there as “peace keepers”. I would look hard and long at your social
media posts, your car bumper stickers, your pro-2a clothing etc. like I
mentioned in my previous blogs. We all view ourselves in various manner of
“sheep dogs” not sheep, but you don’t want to be the one sectioned out before
the event even takes place.