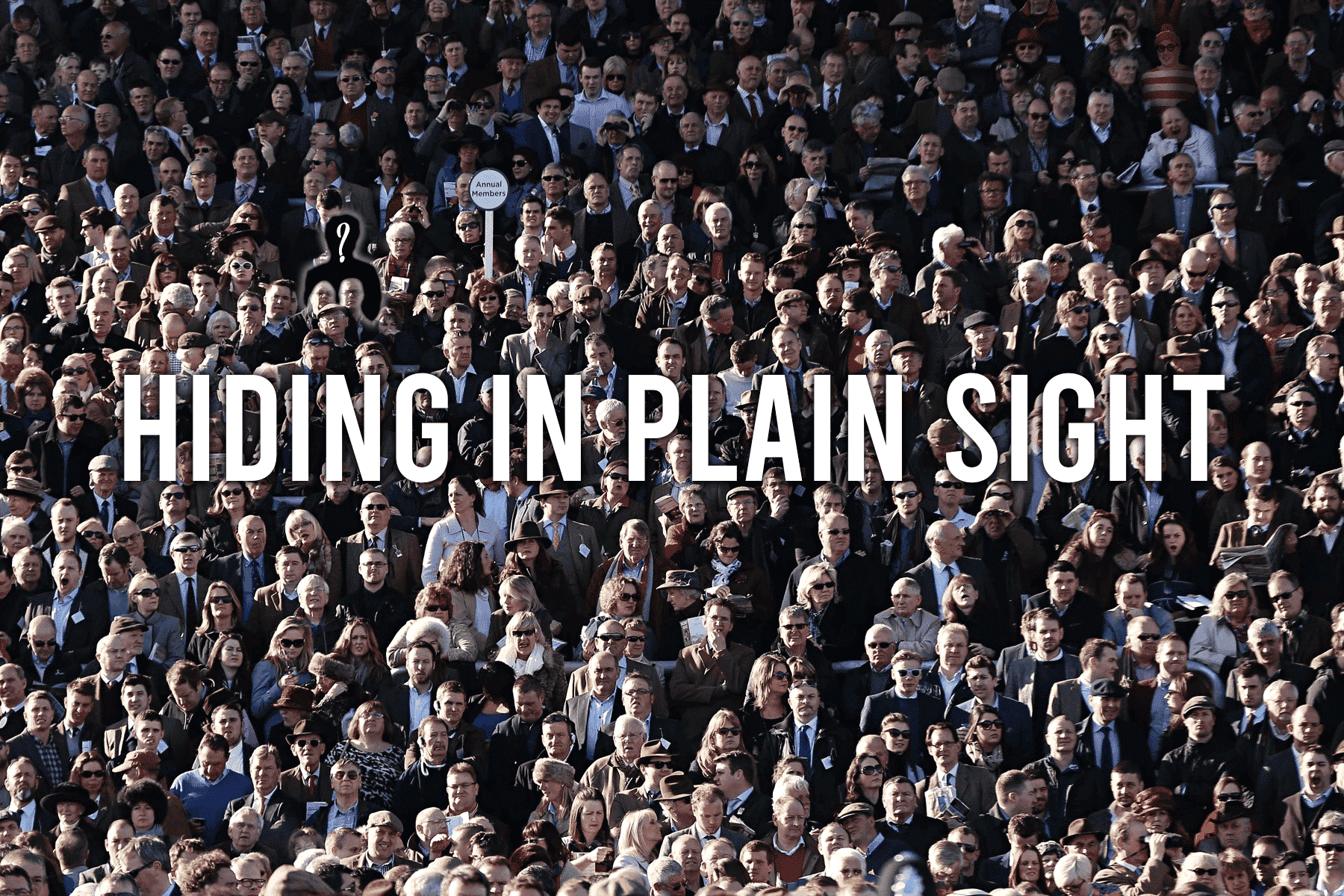 Self-defense is
something that we focus a lot on here, and that is because I am a firm believer
that each person should be responsible enough to protect themselves, their families,
and others from as many potential issues as you can. However, part of
protecting your family is making sure you minimize being a target or being
targeted first in a potential altercation. While I have spoken about being the
“gray man” before, for those who don’t know it is being indistinguishable from
the guy next to you, I think it is time to relook at some of the biggest things
I notice when going out to my local big box stores that tells me way more than
you would think.

I am a total gear snob, and I have no issues stating it. I
like more tactical fit clothing, my bags are usually some forms of molle
webbing, and I seem to have a lot of shirts of either previous military units,
camouflage or some cool guy company that has a recognizable logo. If I am going
to a gun show, no big deal, I blend right in. Going to Wal-Mart, I stick out. This
could also be in the shape of hats, sunglasses or other items that are
specifically for a military look. I would suggest toning it down some, maybe
don’t flaunt that Glock t-shirt you have. All for you being you, but I notice
it right away.

I did a cursory
drive through Wal-Mart and counted 7 cars that had either NRA, Firearms,
Hunting or related material. I also counted over a dozen that had the stick
figure families, names of kids on two, dogs, and others on the car. If I needed
a gun, I know that I will most likely find one on the person or in the vehicle
of the firearms cars. If I wanted to target someone that would be more
compliant with threats likely a family. If I am trying to kidnap, I would now
have the names of the family and dogs to target that child. Maybe my mind
thinks different, but why would you give that information away.

I occasionally open
carry, but that is usually in the woods when I know there are bears around, and
I might need to draw quickly, but that is it. I think advertising to everyone
in the Wendy’s line you are carrying is a poor idea, and advertises what you
have. Also, especially with cheap holsters, it is easy to draw the weapon from
the holster from behind. Our Original Holsters have 17lbs of retention but
still offer a great draw which negates that threat. The other things I notice a
lot are the thumbing, patting or hands on the firearm checking that it is still
there. Most of that is unconscious, but there is a significant portion of the
time this is because the holster is uncomfortable. The final tell I look for is
someone who has gained a few pounds and their shirt has now gotten tighter
showing me what they are carrying and where. I even told one man not too long
ago to adjust his shirt as it had ridden up over the holster and was stuck
showing everyone he was carrying. Bottom line, get good gear like one of our
awesome holsters and be aware enough to address your clothing malfunctions.

On a final note, there are some locations where being in
hunting gear or tactical attire might be the norm, and therefore is totally ok
to do. If You are in the town I go hunting in during the season and you are not
in camo you stick out more than if you did.

Be mindful, be safe, and don’t tell everyone what you have
because the element of surprise will likely win the day.