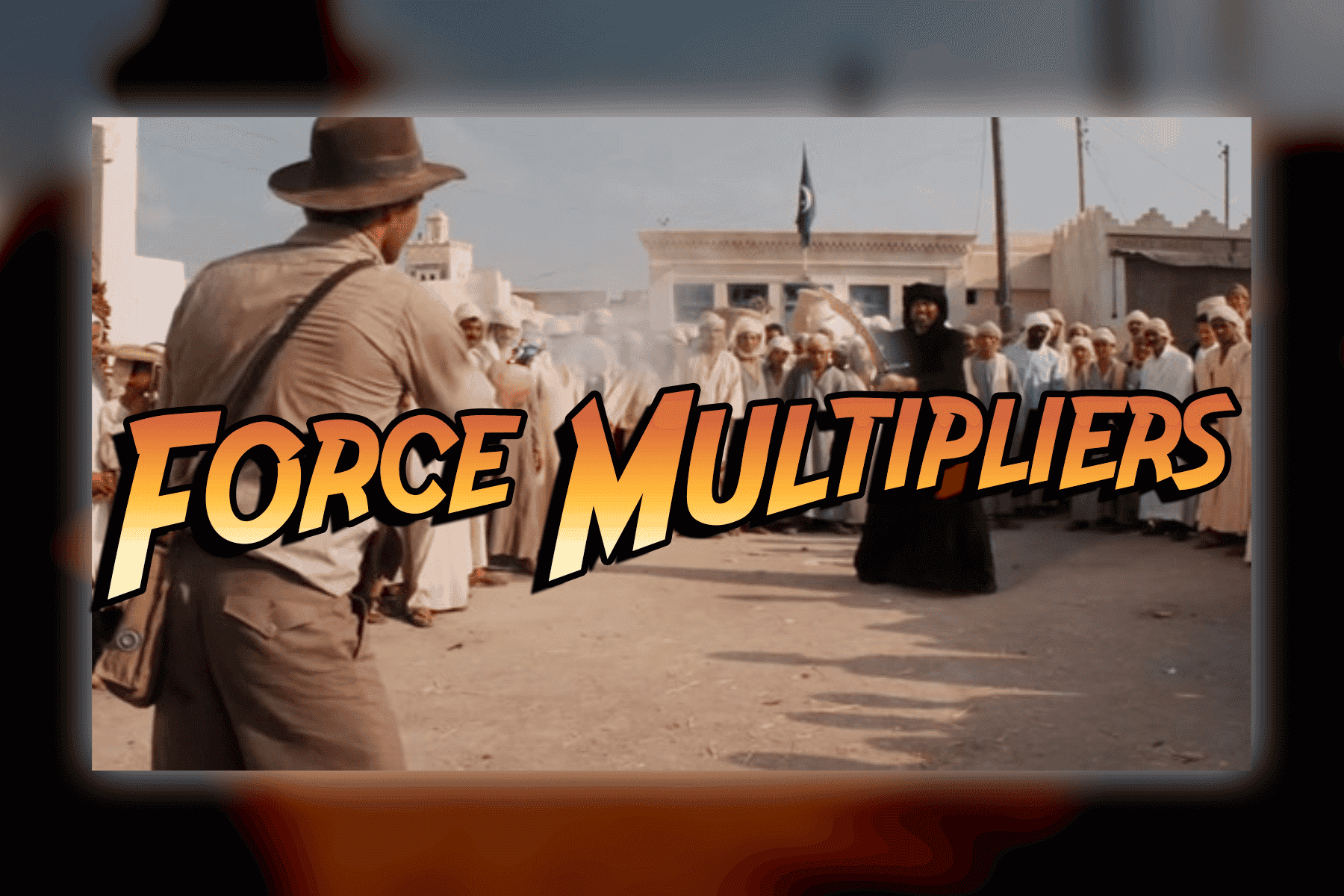 I have talked a lot
about force multipliers, and I want to make sure that you get a good
definition. A force multiplier is anything that you can use that would give you
an advantage over an enemy. This could be anything from the element of surprise
to being able to call for air support. However, there are tons of force multipliers
that you can do that are short of calling in an A-10 gun run if you should need
help, some are gear, others are more cerebral.

Training on your gun

There is an adage
that you should “beware the man with only one gun”, and there is a lot to be
said for its accuracies. Having a consistent platform that you practice
repeatedly does help you become better and know how to get your gun to work for
you vice the average street thug, or even some trained operators. The knowledge
of your gun is a force multiplier when in a stressful situation.

Too often there are
divergent types of concealed carriers. One tends to be stuck in their ways,
shoot the same gun, carried the same ammunition since Christ was a Corporal,
and have the same holster since their first gun. The other group are the Tommy
Tacticals, the ones that have to have the latest gun, slickest holster, newest
cringe fad ammo (like RIP ammo). However, while both of these groups can be at
odds, there is some middle ground. Too often the stalwarts only want leather
holster that’s on their belt, and nothing else, whereas the Tactical crowd
wants the latest milspec technology to give them the edge. To both you could
use our Original Holster, which has the benefits of silent draw and comfort of
leather, with the ability to harness magnets for ease of wear and retention of
the firearm without destroying the finish of the gun.

I have talked a lot
about optics and while I love shooting iron sights on everything because they
rarely fail, there is an undeniable truth that optics tend to make people more
accurate and therefore increase their ability to impose their will on their
adversary. RMR optics are plentiful as are kits to make modern handguns
compatible with the majority of the major manufacturers. Our company makes
holsters that will accommodate those optics, something that didn’t exist ten
years ago. And if you are a die hard 1911 fan and refuse to change, that’s ok,
because they make great after-market sights that you can increase your night
visibility, or you can do one of my favorite tricks, and get bright orange/pink
nail polish and paint the front sight so it really stands out.

This one is a great
asset to have if you know how to use them correctly. Lasers are ok, but I don’t
have any on mine for one reason, I don’t like how in the wrong conditions they
can point a line straight back to where you might be concealed. They are good,
I will concede, with up close reflex/hip shots, but I don’t recommend those
anyway. Night vision is an amazing tool, and if you ever get the chance to own
or use it, I would highly encourage it. While not available for pistols, they
do make night vision monocular and goggles for a bump/crash helmet, or you can
get a night vision scope. Just be mindful because the Gen 1 and Gen 2 might
have an IR light to illuminate the surrounding area. Gen 3 NVGs (note as far as
I know there is no such thing as a Gen 4 and is marketing hype according to the
military) don’t emit that IR flashlight and therefore don’t signal your
location. Thermal, which I think is awesome, is use day/night and is fantastic
for picking out critters of the two or four leg varieties at a long
distance.

There is no reason
to have a fair fight, especially when your life is on the line. This list is
non-exhaustive, but I would highly encourage you to take a look and see how you
can implement some of these into your playbook to give you the upper hand
should you ever be in a fight.