Factory Mags VS. Other Manufacturers 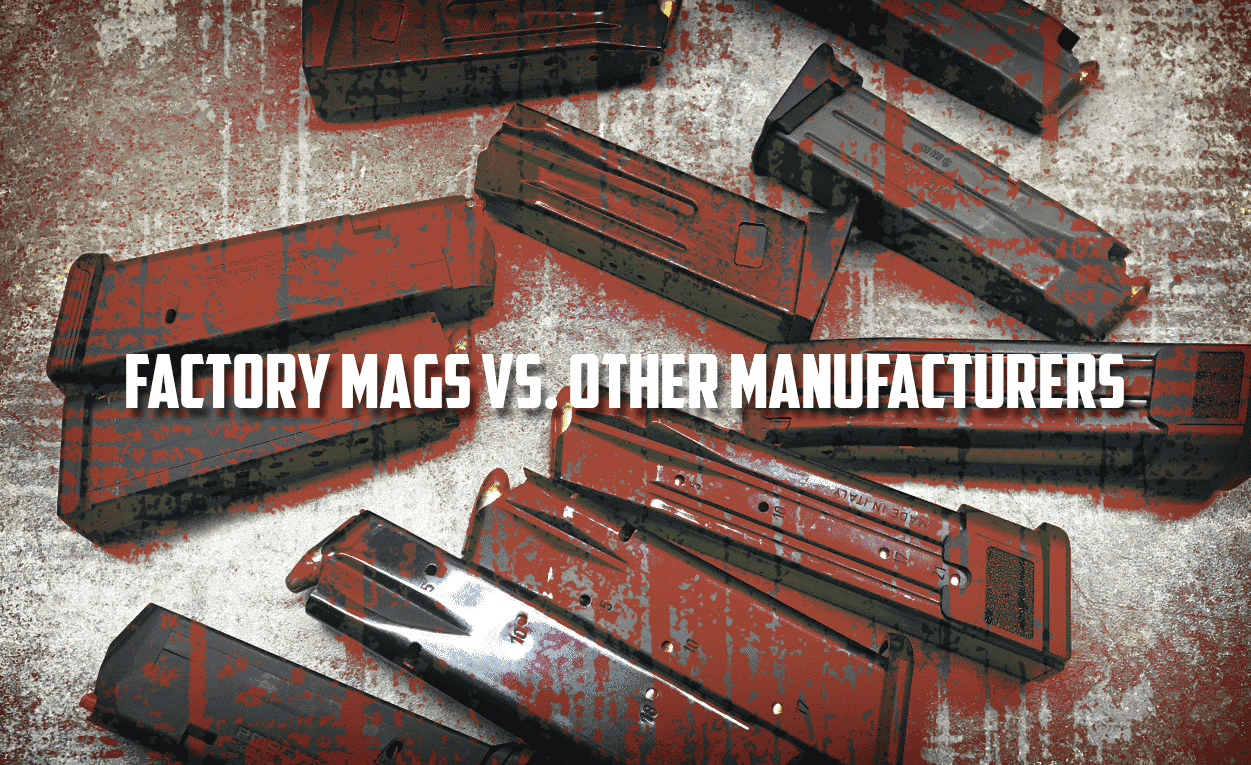 We should all strive to use the best gear we can, and one of
the major components that we frequently overlook is the magazine. If you really
look at it, they are very intrinsic to the firing of your gun. By seating well
and having the correct tension on the spring to push the follower to get the
next round in, this part of your firearm is intrinsic to it being
semi-automatic versus a single shot. So why is it that we as a community tend
to overlook them? Another question should be why do manufacturers tend to make
proprietary ones? Do some of the higher-end ones work better? Are there any to
avoid?

So why is magazine maintenance so often overlooked? The
simple answer is that, for the most part, they are cheap, and in many cases,
they are expendable. If you look at AR magazines, they tend to be under $20
each, and therefore it is not terribly expensive to replace one. Another keynote
is that they are not usually something that fails. Most shooters go to a range,
don’t drop their magazines, don’t smash them between body armor and the ground,
or any of the other potential breaking actions.

That said, there are many reasons to get a spare magazine or
a dozen. The first is most firearms come with one (typically rifles), and
pistols usually come with a few. I like to have more than just two or three, so
to the store, I go. But have you seen what factory magazines are going for
these days? A standard factory Glock magazine is about $30, with the new Sig
p320s in my area going for $49 for a 17 rounder. This comparison might sound
crazy, but for that extra half-inch of plastics to make it hold two more rounds
is the equivalent of a gallon of gasoline. Some other proprietary rifle mags,
such as the M1A 20 round magazines, tend to go for $50 per magazine, and let’s
not get started with FN mags for ANY of their firearms.

So, are the factory mags worth the extra cost? Magpul started
by providing a highly durable alternative to the metal magazines of their day
that were, in many opinions, not all that reliable (I remember yellow followers
were more reliable than green ones). Magpul has made a great line of rifle and
pistol magazines that I would argue are just as good as their factory
manufacturer but with about half the cost or less. That said, some
manufacturers should be met with some careful analysis before purchase. For
example, ProMag, in my opinion, is very hit or miss, with most of them being a
miss. A friend of mine bought about 10 of their M1 Carbine magazines only to
find out that most didn’t work (two were reliable out of the lot). I have had
similar experiences with some of their other pistol magazines. That said,
another shooter I know says his 30 round FN5.7×28 magazines are fantastic and
work as good as his 20 round factory magazines.

When it comes to safety and carrying the best
gear to protect yourself or others, it is essential to carry good RELIABLE
quality magazines, just like your holster should be the best you can carry,
like the ones with JM4Tactical.