Carjacked In Your Driveway 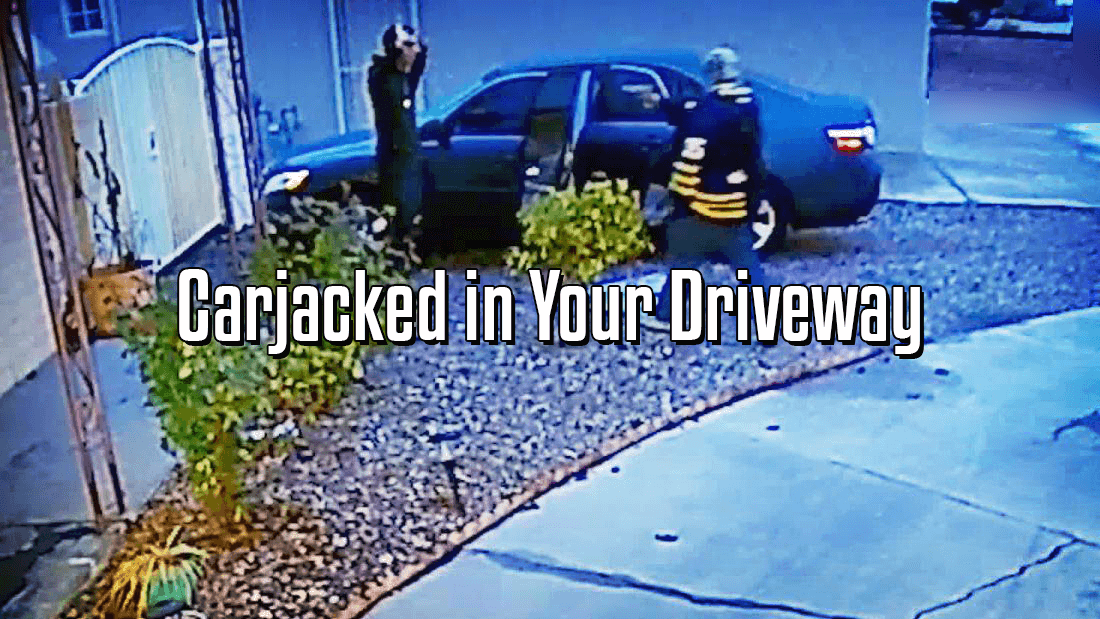 In this video from a news clip in 2019, a 17-year-old kid
was warming up his car before school was held at gunpoint by an assailant
wearing body armor. Unfortunately, this terrifying scenario is becoming more
common as inflation, joblessness, and the “defund the police” are
still prevalent today. Let’s break this down.

First, the house had been cased by the same crew more than
once, as neighbors’ cameras have caught the same car before. If this is
becoming more of an issue, like it is indicated in the news article, one might
consider looking at forming a watch or being a bit more vigilant.

Second, the perpetrator comes from the backside of the
house, a place where very few people tend to look at when passing by. How often
have you walked to your car mindlessly on your phone, thinking about the day,
your cup of coffee, etc., and not really looking around your surroundings? The
bottom line is to be observant as it can happen to you.

Third, if you looked closely, this perpetrator knew what
they were doing and decided to wear body armor to commit this crime. As I wrote
about in a previous video, the prevalence of body armor for both law-abiding
and law-breaking individuals means that you, as a concealed carrier, need to
practice aiming at parts that are not the center of mass.

Fourth is after the kid surrenders his keys, and it is clear
he goes to get his father. In what is an emotional but not a very smart
reaction, the father bolts out and attempts to open the vehicle’s door to do
what, I do not know. He goes off this action knowing that the carjacker is
armed, and is apparently unarmed, which makes him now a target. There are two
schools of thought for this scenario. The first is to let it go. It’s a car.
Claim insurance because it is not worth your life. The other, and one I tend to
look at more, is someone is willing to risk their life for my property and
point a firearm at my son. I need to neutralize the threat to my family or any
other family. As I have talked about having both the plan and the means to
defend your family at a moment’s notice, this video articulates why.

While at home, I usually have a firearm within arm’s reach
or on my hip because I have kids and a dog who play outside, and I may need to
defend them at a moment’s notice. We live in a relatively safe neighborhood,
but a kidnapper, loose aggressive dog, snake, or some other unforeseen threat
can happen at a moment’s notice. Because of this, I carry my chosen firearm in
the Original magnetic holster, as it has stayed in place while mowing the lawn,
hiking, hunting, and I can wear it in my gym shorts, business casual, or in my
hunting gear.

The moral of the story, pay more attention to your
surroundings than your phone and get a comfortable holster that you will want
to carry so you DO have it if the need should arrive.