The Importance of Advocacy 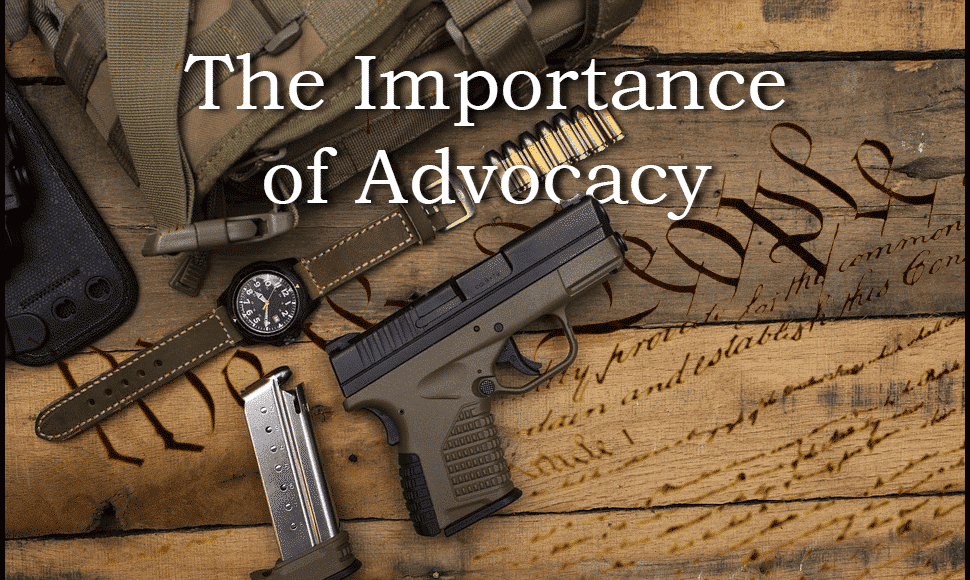 If you’re in the Second Amendment community, something that
should not be ignored is advocacy. We
are all involved in shooting sports, firearm ownership, etc., for our own
individual purposes. Some people are
casual gun owners with that old thing just tucked away in a lockbox to take to
the range once in a while. Some people
get the bug, and before you know, they have a mini museum of guns. There are even gun owners out there that are
pretty much “anti-gun,” yeah, I know some, crazy as it sounds, given all that,
we must recognize that our Second Amendment right is perishable.

Without getting overly political, let’s discuss a few
things. First and foremost, gun owners,
if you are not aware by now, there are groups of people and politicians that
want to see the Second Amendment abolished.
What has been enumerated in the Bill of Rights as a sovereign, God-given,
natural right is under attack. That
sounds overdramatic to some people, but it is.
The culprits and persons trying to remove this civil right from the
American landscape will simply be referred to as “they” and “them” in this
piece.

Ways that the Second Amendment is under attack vary.

The big one that everyone hears about is legislation. By creating rights limiting laws, they are
trying to do things like dictating how many rounds of ammunition you’re allowed
to have in your magazines. They are
trying to dictate whether you may loan your firearm to your sister who is
experiencing harassment from a former domestic partner. They are trying to tell you how you shall store your gun. These amount to “infringement”
and in no way equate to “common sense” as they would lead you to believe. The pro and con arguments on these subjects
individually can go on forever. However, remember the word “infringe”. Which means to encroach.

Our gun rights are also vulnerable to attacks from executive
overreach and regulation through agencies.
Presidents can try to enforce their will upon the citizens, but without
the backing of the entire legislature, they don’t have much power on this
topic. What they can do is appoint
anti-freedom heads to three-letter agencies as well as regulate imports. Executive actions may not hold a lot of
weight but are still an attack on your rights.
Keep an eye on those three-letter agencies for the years to come.

They are changing the narrative. This attack is a big one. The media, educators, schools, you name it,
have all been involved in a campaign to change how the public looks at firearms
and the Second Amendment. Wordplay like “gun
violence” and other descriptions are used to impart emotions to the citizens of
this country. Any way possible, some
institutions will equate firearms with bad.
The court of public opinion is one of the most challenging battles that
we face as gun owners.

What can we do about it?
Advocacy. I’m not suggesting that you make up your sandwich board signs
and stand on the corner of a busy intersection every day to send out your own
messaging “Shall Not be Infringed.” Or “All Gun Control is Racist.” You get the
picture. You can if you want to, but
there are a few ways you can engage the world on this topic, and you don’t have
to go all-in with every bit of your energy.

These are just a few thoughts and ideas on how you can help
expand and protect our Second Amendment rights.
Together, we can make a difference.
If you’re not engaging, now is a perfect time.