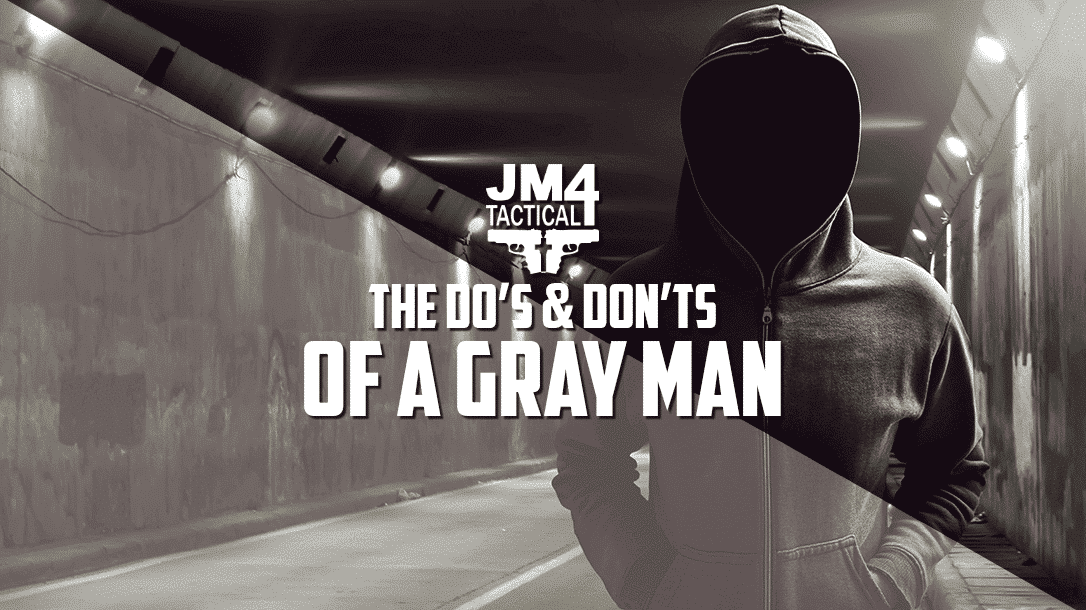 Some so many people don’t want to be made as someone that
carries a gun or might be predisposed to having that capability. While many
people try to be the “gray man” to blend in, they tend to do the opposite
because of their own tacti-cool beliefs and cool guy gear. Here are some things
you can do to see if you are setting off their radar or flying under it.

There are a ton of people that say immediately that you
should not wear camo, and for the most part, I would agree…that said, you need
to see where you are at. NOT wearing camo would stand out in a hunting town, in
hunting season, or even in most rural areas. Now I am in a military town, so
wearing Multicam pattern would draw suspicion and laughing jokes at the “hooah”
guy, but a real tree pattern would be completely unnoticed. Use that
information to your advantage.

I already spoke about the body armor backpack we sell here,
but I tend to shy away from overtly military-style bags with MOLLE-style loops.
While they are more in vogue, a black bag would be best as it’s hard to make
out. Also, it is significantly more advantageous to have the benefits of body
armor in this fashion versus carrying or wearing it, as it is tough to blend in
with a vest on in public.

While this may seem odd, hear me out. Kydex is a form of
plastic, and as such, it makes noise when struck. This could be you hitting it
by accident, bumping into a cart, or something metal can make an audible sound
that immediately makes something sound off. This can also be exacerbated when
dropping your trousers to go to the bathroom as it hits the floor. Leather, like the Roughneck or Original ones, negates all of that as it covers most of
the metal parts and makes no sound when hit. Highly recommend.

I love supporting 2A companies, especially veteran ones, but
nothing signals those in the know like sporting that shirt with a known brand
on it. This goes the same for “military style” shirts, political shirts, or
bright and vibrant colored shirts. Muted colors with minimal to no noticeable
markings are best, and if earth tone is still good as makeshift camouflage. In
a city environment, I would look more toward greys. Stay away from tacticool
guy pants or hats that would also give a tip on your leanings.

This is a huge one often overlooked, but what does your car
say? Mine is an older pickup with some dents/dings/scuff marks. Too new and
shiny screams potential money. Too busted up might seem easy to get into…try
and find a nice mix. While there should be 0 bumper stickers on your car
(opinion), shy away from anything that has to do with what you do for work,
your 2A support, veteran status, the names or quantity of your family members,
hunting stickers, or anything of that nature. Also, make sure the inside of
your car has nothing odd from the rearview mirror or in easy eyesight that
might speak similarly to that.