The Argument For and Against The Scout Rifle 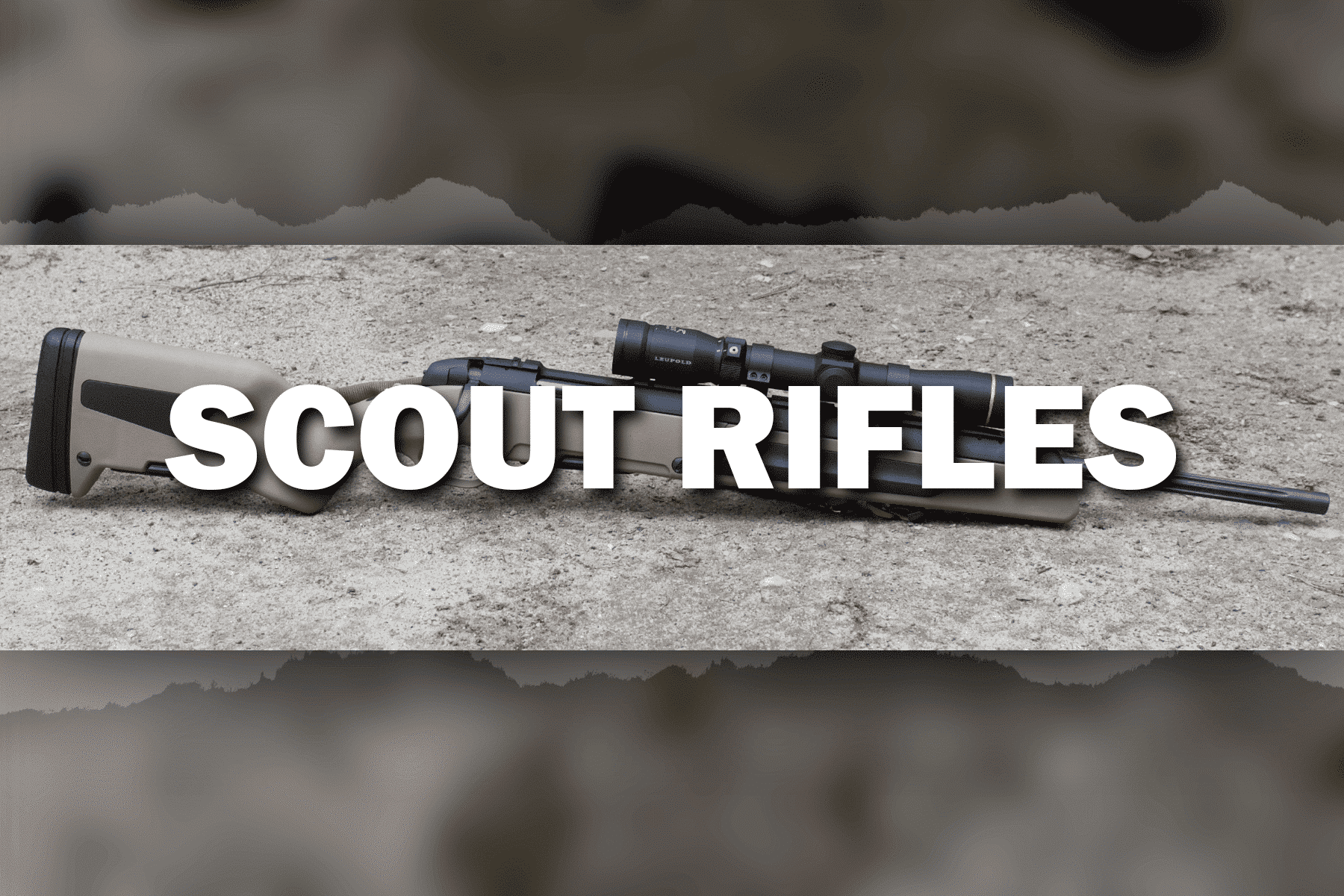 For many years, there has been a concept about having a do
it all kind of rifle, with it being called a scout rifle. But the original
purpose was for that lone scout/person on point/woodsman to have a handy rifle
capable of engaging game/attackers rapidly and accurately. According to Jeff
Cooper, it had to be a bolt action, magazine-fed rifle, prescribed in a big
enough round to make a difference (308 Winchester), with iron sights, and not
to exceed 39.4 inches and weigh less than 6.6lbs.

This has led to its own genre of rifles from the Ruger
Gunsite Scout, the Steyer Scout, Savage Scout, M1A Scout, and many others that
come close but aren’t explicitly marketed as a scout rifle. But is it all
necessary or just rules that appear to be created by one of the godfathers of
shooting? Which one may be right for you?

The first item I always look at is cost. All of the rifles
mentioned above carry a significant price tag, with the cheaper versions being
just about $1000 MSRP. For a rifle that will shoot the same caliber without the
scout version and maybe only a 3-4 round box magazine, it can be had for
significantly cheaper.

The second is also related to cost but in the form of
magazines. The M1A, for example, typically runs about $50 a magazine. All of
the above are also proprietary magazines that are not cheap, especially
compared to AR-pattern rifles that could potentially fit a similar role, which runs
about half.

Third, feasible alternatives exist that the late LTC Cooper
may not endorse. The AR platform rifle back in the day was long and cumbersome.
However, with the advent of AR pistols in calibers like 300 Blackout, you can
still carry a 30 caliber, semi-automatic rifle with significant firepower. Some
other options are lever-action rifles, such as the 30-30 or 45-70, which are very
maneuverable and can be topped off while they lack a box magazine.

Finally, the last thing to look at is the weight. As the
military adage goes, ounces equal pounds, and pounds equal pain. There is
something to be said for a lighter rifle, especially if carrying all day in the
woods. After stalking a black bear for hours with a total length of 22in
hunting rifle, I didn’t realize the fatigue you can experience. Just realize,
especially for a bolt gun, the lighter the rifle, the more the felt recoil so
that it may turn off to some shooters.

So, is it still valid? I think so, especially as we have
better options and materials than we used to back in Cooper’s day. We have
cartridges and projectiles that make smaller barreled weapons much more
feasible and reliable for the modern shooter. As for which one to get, I can
only make a recommendation. Get the one that fits you the best because you will
shoot the best with it, which means you will practice more and thus become a
more effective scout.