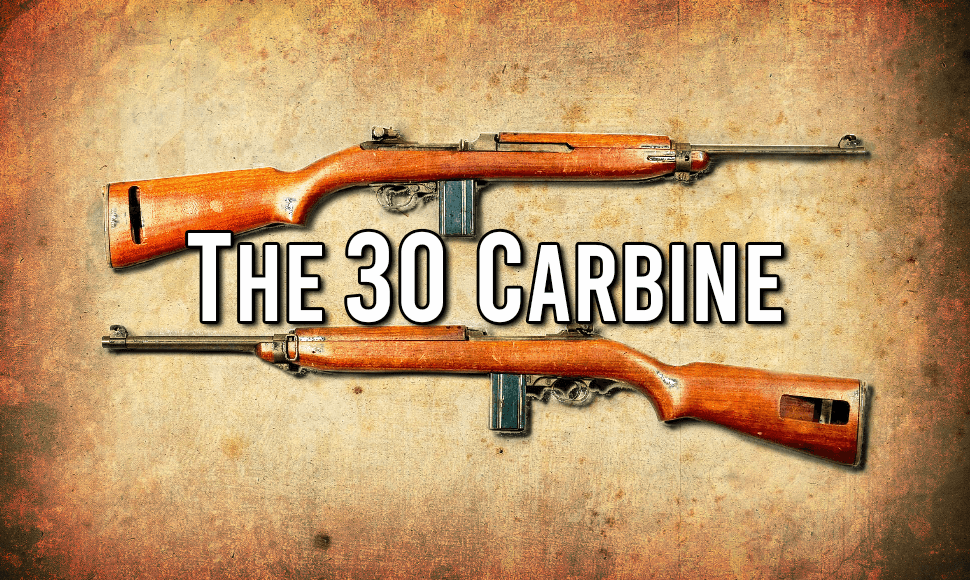 There are several firearms that are incredibly iconic, from
the M1 Garand, M16, Barrett 50 BMG. Still, there is one that is almost
synonymous with World War II and specifically the paratroopers, and that would
be the 30 carbine. This little firearm used to be relatively inexpensive
compared to its bigger brother, the Garand. Still, it has become incredibly
more expensive in recent years, especially for period-specific models and
specialty manufacturers. There are some things to consider if this rifle and
this round are for you.

The M1 Carbine was first mass-produced in 1942 and was in
service until the early 1970s, seeing service in WW2, Korea, and limited in
Vietnam. It was a lightweight, and low recoiling carbine designed more for
support troops or those other than on the front. However, it did see plenty of
action. It is most famous for the paratrooper version with a wire stock that
enabled better mobility and weight reduction. Due to the retooling of the
nation to support the effort, the M1 Carbine was manufactured by several
companies, including IBM, US Postal Meter, Rock Ola (a jukebox manufacturer),
and several others, with the more limited the number being highly desired by
collectors. My grandfather, who fought in WW2 in Patton’s third army, likely
carried this weapon at the Battle of the Bulge as he was in the air defense,
not supposed to be on the front lines. That said, he only mentioned it once to
my father about that attack and using it for its purpose, likely saving his
life.

The M1 Carbine was upgraded to the M2 and eventually the M3,
with select-fire capabilities and the firing rate of about 700 rounds a minute,
and eventually sporting 30 round magazines. The carbine was liked by and large,
but questions about its effectiveness as a man stopper have been frequent,
including soldiers in Korea mentioning that it wouldn’t effectively stop the
advancing Chinese military with thicker coats on. I can attest to the
questionable stopping power, having taken one hunting for hogs on one occasion.
The first hog I shot was with 110-grain ball ammunition like the military would
use, and the pig (about 150lbs) soaked them up, eventually taking three to go
down, and a fourth required to prevent suffering. The second hog I engaged was
with a 110-grain soft point, and the hog of about the same size went down hard
with one shot, leading me to believe with the smaller bullet, it is likely
better to have ammunition designed for terminal performance.

So is the gun or the
round still worth it? Having perused a gun show and several stores looking for
ammunition, I found several boxes of the target stuff, and it was about on par
with pistol rounds, about $0.50/round. The rifle itself can still be found
occasionally. Still, it is usually not original from WW2/Korea era, more of a
modern build…be careful as some of the quality control can be iffy. Finally, some
pistols are made in 30 Carbine, such as Ruger Blackhawk and AMT. It is a fun
round. It is available and unique in many ways, and in my opinion, would be
worth the investment to add it to your collection.