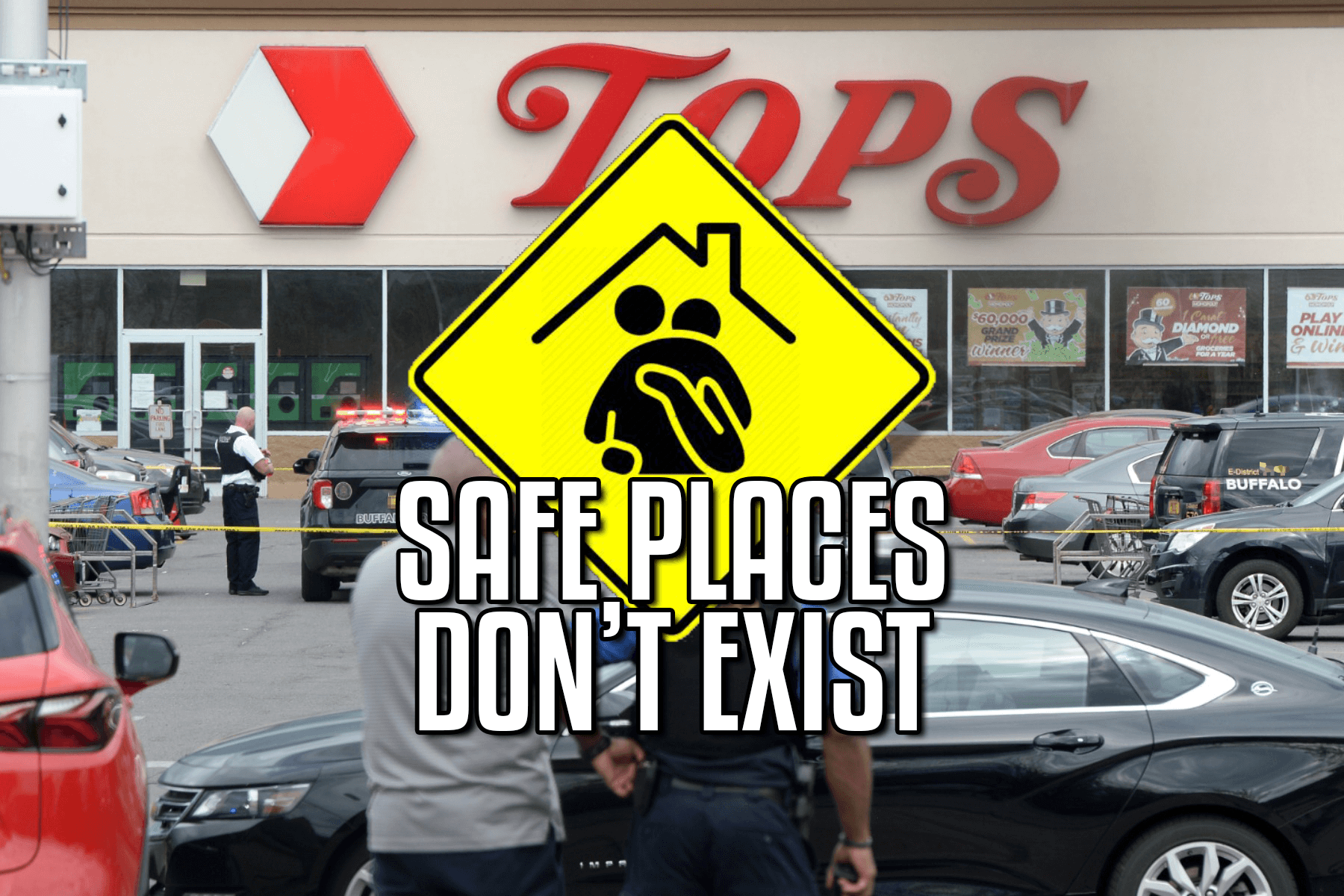 There was an article (if you can call it that) that talked
specifically about the tragedy in Buffalo, and a few other places that the
media has seemed to forget. A shooting in a church in California, 40 people
shot in Chicago over the weekend, and made the argument that nowhere is safe
anymore. It listed off a bunch of places like nail salons, places of worship,
supermarkets that should be safe. I am here to say it, there is no such thing
as a safe place, ever, unless you are in a bunker by yourself and no one knows.
Why is that? Did we as a public change and become more violent? Are guns the
problem? Don’t laws and gun free zones work? I want to address each of these.

First and foremost, I think that we as a public have
changed, as we have become more accustomed to violence as a solution versus the
last option. Too often verbal disagreements become kinetic over trivial matters
of politics, sports teams or other causes that should not involve the taking of
human life. We have a large part of our population who have not been to war and
thus know the cost of taking a life, with their only frame of reference video
games and the nightly news. We have lost the middle ground, the agree to
disagree and I think this is showing.

Are guns the problem? No, I don’t think so. Ted Nugent had
an interview years ago where he pointed out his loaded fully automatic M-16
that had been on his mantle for 19 years and never killed someone. Firearms are
a tool, and like all tools they can be used for good or bad, it is the user that
determines the use. Unfortunately, if the user is one of the above mentioned
folks who choose that tool to do violence, it is up to people that are likewise
armed to protect to counter-balance. Imagine if in the supermarket there was a
concealed carrier, how different would the outcome have been? It doesn’t even
need to have an altercation to go to actual firing, just knowing that there
might be a stiff defense is a deterrent, and in my experience when I had to
draw it ended the violent altercation instantly because the firearm articulated
my resolve.

Laws are usually well intentioned, but unfortunately people
who are going to shoot others are breaking the law anyway. In a famous
testimony, the daughter of two people murdered at Luby’s in Texas blasted the
state hearing on her inability for her and her dad to carry in a restaurant
when a shooter came in ignoring the law. Columbine, Sandy Hook, Aurora, San
Bernadino all share something in common, they all occurred in gun free zones,
where only someone breaking the law would have a weapon in response. Buffalo in
New York has some of the strictest CHL permit applications and because of that
have neutered their population’s ability to have rapid self-defense
capabilities. For a time I lived in El Paso, Texas which was a simple hop away
from the most dangerous city in the Norther Hemisphere, Juarez, Mexico. I had
never carried before but after living there for two weeks and seeing a dead body on I-10 hanging from a billboard
and hearing 3 shots coming from across the border, I started because the police
are only there after I become room temperature. I wish I had a better holster
like the one I use exclusively now, the Original, and I had a little bit of
training, but I had something just in case. Since that time, I have drawn my
handgun twice in altercations where violence and risk of life were a
possibility. I am glad I did, as both of those incidents resolved quickly
because I was able to defend myself.

There is no safe space. As you have seen from the videos I
have analyzed, it can happen in your house, your front yard, a church, a school
or a supermarket. Take the time to be your own defensive option, get a good holster from us, and get training because you may be the only thing stopping
the next shooting.