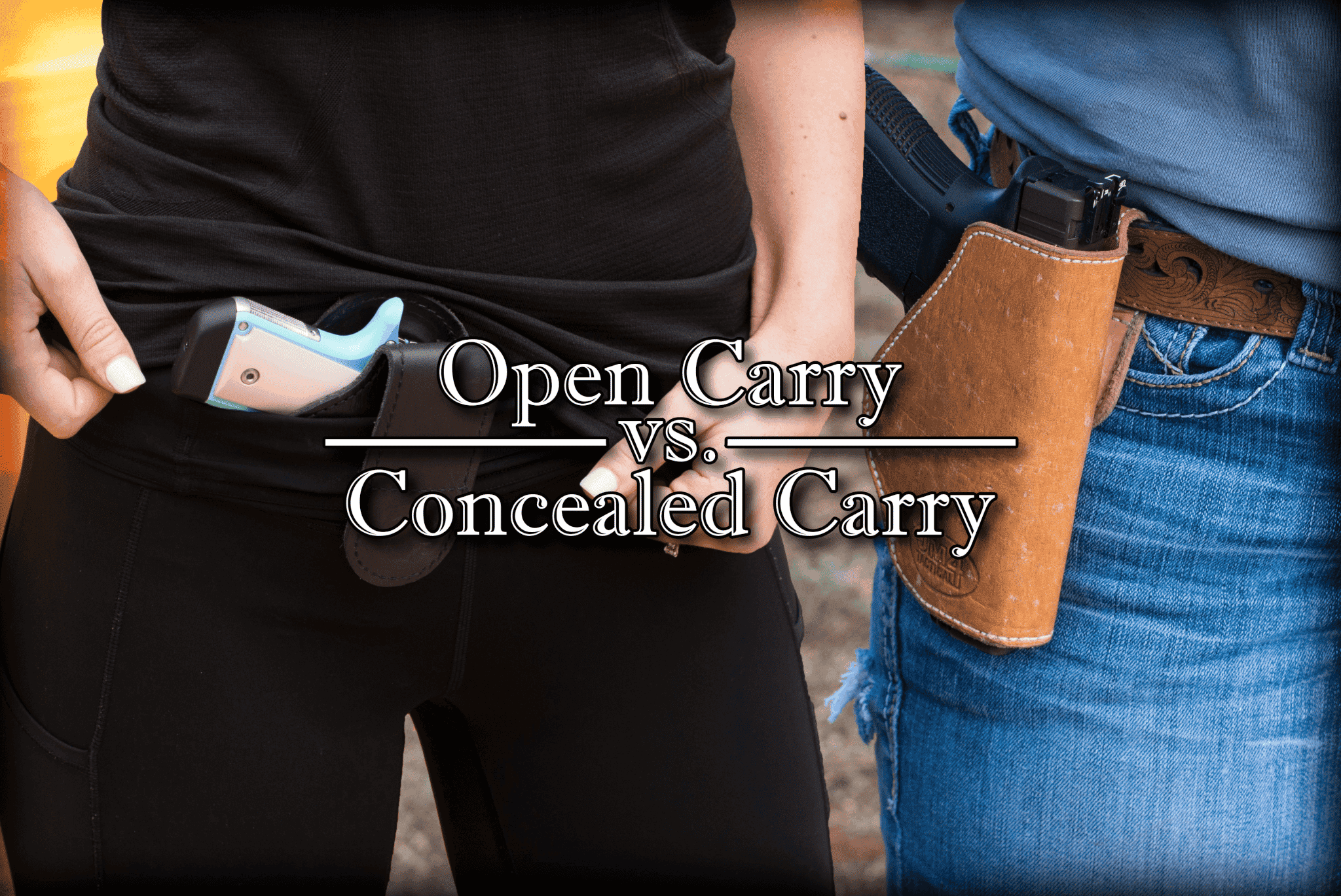 Over the last 18 months, with the riots, turmoil, and the pandemic,
we have seen a steady increase in civil disturbances, and many have seen arson,
assaults, and even shooting, as this is a sad state of our democracy. It is essential
to protect yourself and your family against some of these threats more than
ever. That does pose the question, what is better, open or concealed carry? First,
I would say it depends, especially on your local laws. Second, I would look at
the environment you are in and the potential threats. Finally, I would look at
recent events and see how the laws are currently being interpreted.

Local laws vary so
much between states and even sometimes between cities. It is essential if you
are going to carry, even in states without a permit necessary, to know what the
legalities are. If you are in a self-defense shooting scenario but are doing so
while breaking the law, it may cause legal issues after the smoke has cleared.
This also applies to buildings, restaurants, businesses that prohibit the
carrying of a firearm, which would prevent me from frequenting that
establishment on principle or could necessitate having non-lethal means of
defense.

The environment you find yourself in absolutely will
determine how you will carry, and in my mind, highlights the benefits of concealed carry specifically. Looking at the current court case of Kyle
Rittenhouse, he had a visible firearm which in my mind made him a much large target
to nefarious individuals. It can be argued that if he didn’t have that visible
or was of age to have a handgun and carry concealed, he likely could have had
similar protection without the target on him. This is popularly known as being
a “grey man,” meaning indistinguishable, insignificant, or not drawing
attention to yourself…but more of that in another blog. The other main point
about Rittenhouse having his weapon in the open was that it was a target for
others to take, which has happened according to the trial potentially. This has
also been a concern for some because if you are not situationally aware,
someone could come from behind and pull it from your holster, especially if
it’s not secured.

There are a few
instances where I feel open carry might be beneficial. First is when you need
faster access to a firearm, as unless your practice frequently, there can be a
speed advantage to having no clothing covering your gun. Also, while it may be
illegal in your jurisdiction, the presence of a firearm does tend to make all
but the most brazen individuals give a wide berth and not cause issues. A case
of this was the McCloskeys, who were brandishing firearms, regardless of the
intent, did prevent the large group of trespassing rioters from going onto or
damaging their property. They too went to court, were acquitted, and he is now
running for senate…your results may vary.

Bottom line, it is better to have a firearm and
not need it than need one and not have it. While I don’t like to advertise what I do or do not have, it is good to have options. Again, I would encourage you
to understand your local laws before doing either of these above, as we don’t
need any more bad Second Amendment press.