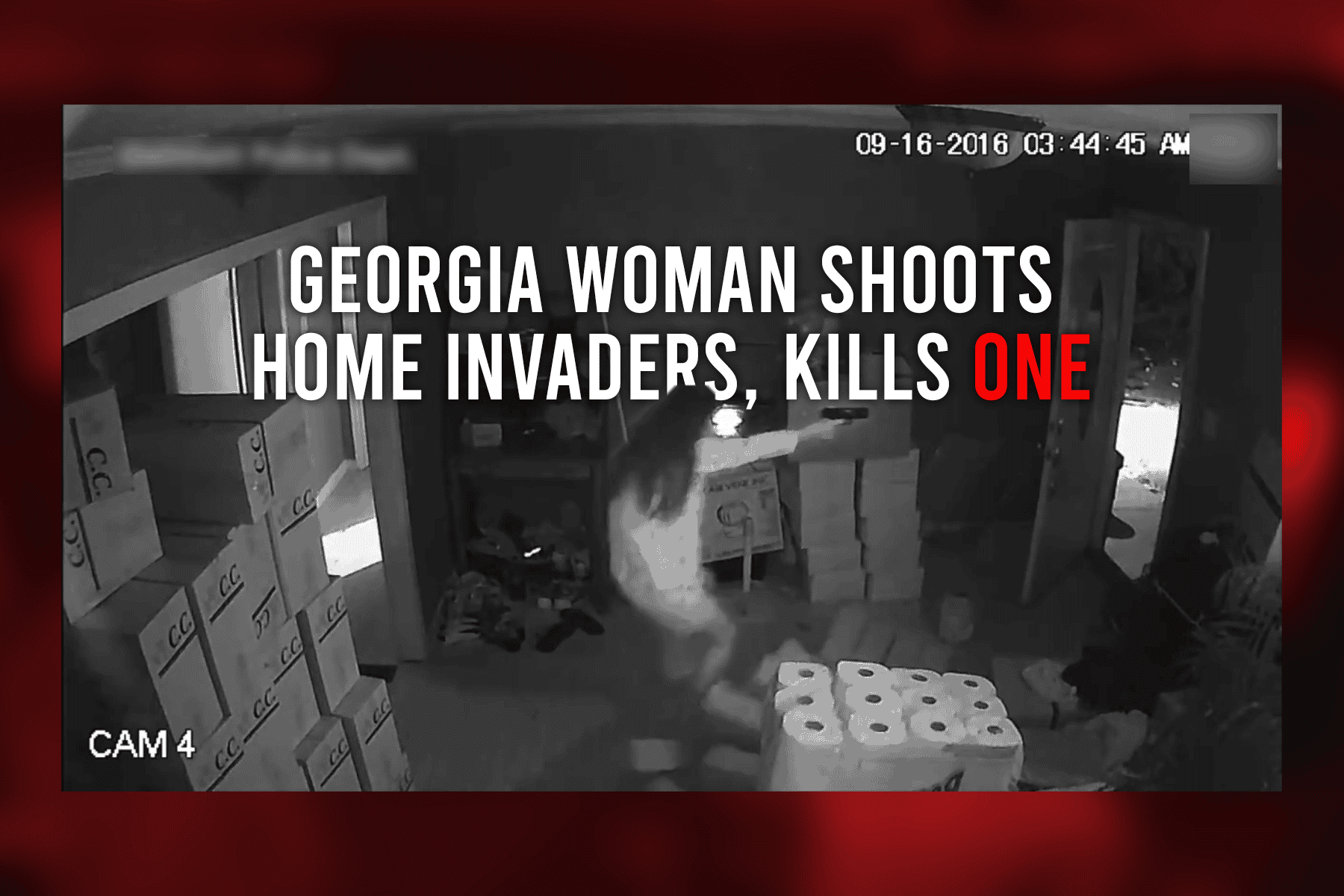 Time for another video review, and for this one I chose one
that there are some very good takeaway lessons from for everyone.

It can be seen in the video that three armed suspects break
into a Georgia home at night, and it can be clearly seen that they entered
forcefully with handguns in tow. I have said it multiple times, that no one
that comes in with force is doing something good, and it is always better to
assume that they are armed, especially as it is hard to tell otherwise.

The suspects can be seen searching the house, but what I
don’t know, and neither do the homeowners, if they are looking for something
(to steal) or someone (to harm/kidnap/rape/murder). After several passes, a
woman emerges from an unchecked door, and she is armed and on the phone with
police. While I am unsure what the perpetrator is doing, other than likely
begging to not be shot as she caught him cold, she is taking no chances.

What happens is what typically happens, pure and utter
chaos, with the homeowner engaging first and the suspects appearing to flee and
return fire. It can be seen the homeowner is firing one handed, and from the
look of it is “limp wristing” the pistol. I would assume that at least a few of
the shots are hits, based off of the title but couldn’t confirm with other
sources. You can tell after she clears the immediate area, that her gun is
locked back to the rear, but I am guessing if you watch the last shot her limp
wrist likely prevented the full chambering of a new round and it got stuck on
the feed ramp. I think it is further corroborated when the male homeowner
(where the hell was he in all of this) comes out, takes the gun, cycles it and
then goes to clear the last room. The woman is on the phone, I am guessing with
police, the entire time. Here are some of the takeaways.

Finally, violence of action is a thing. If someone
is in your house, come at them like this absolute badass of a woman firing
accurately and let the police and Saint Peter sort out who is good or bad. My
hats off to her for defending her house, and not shooting her husband for
failing to provide any help.