Fight With What You Have 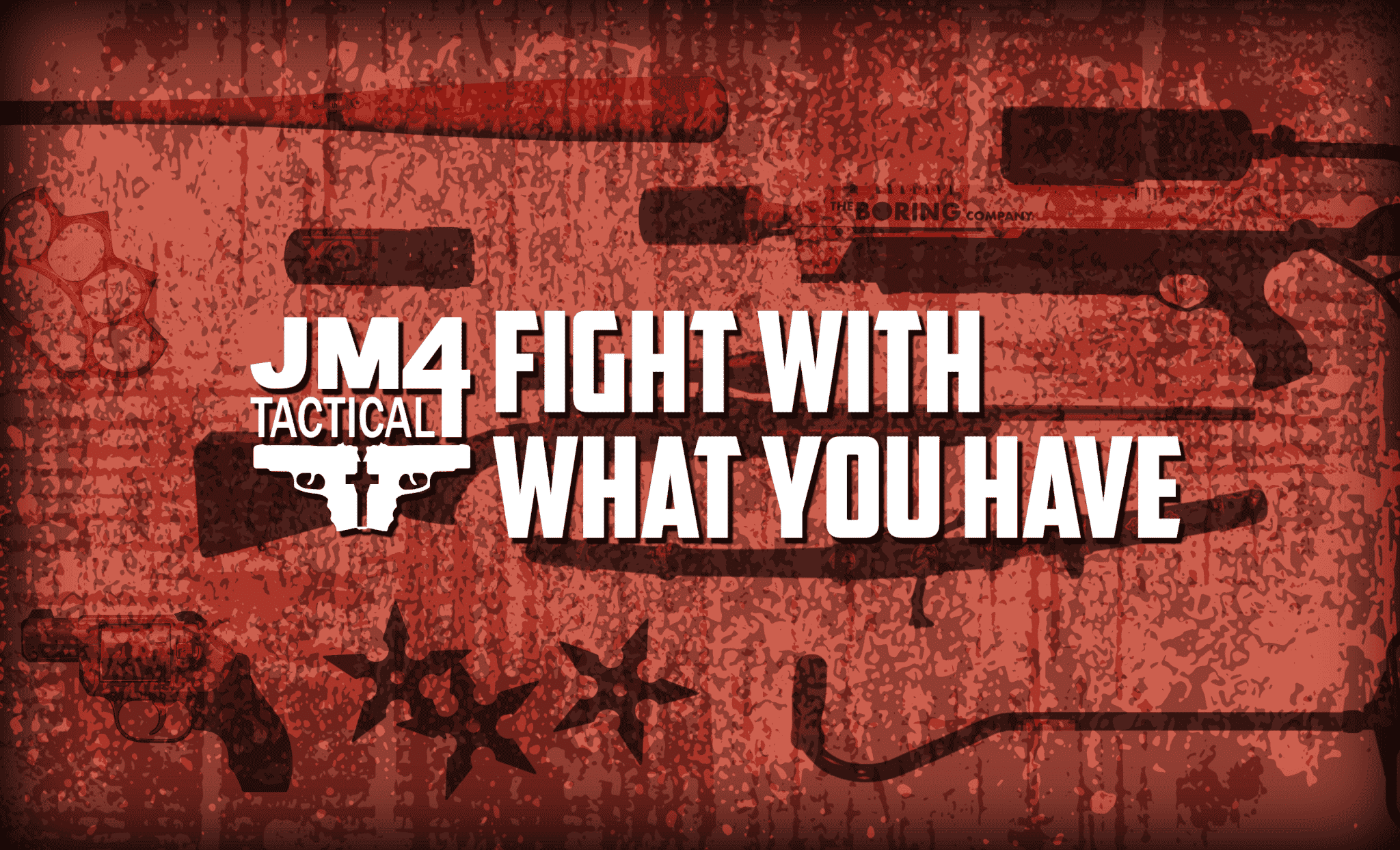 I talked with some of my prepper friends, and we joked about
some of the crazy things we had bought to address the home defense issue. It
was wide-ranging from night vision goggles, thermal, an AR that is literally as
much as my wife’s car, and many other things. Unfortunately, the self-defense community,
I think, tends to get hung up on gear a lot, and because of that, the hard-earned
money they do have ends up going to costly high-end items that may or may not
prove a benefit.

Fighting with what you have has been going on since the days
of hurling spears and rocks at the other guy who wanted to take your woman or
your animals. Sometimes you are left with sub-optimal gear, and you need to
have the training and know-how to make that work to turn the tide. I have heard
of some very clandestine forces being inserted into a country with a WW1
revolver and three bullets as their backup. Hell, just today, an article came
out (maybe propaganda) about how a certain military force is sending conscripts
into battle with rifles from WW2. Even in Afghanistan, it was not uncommon for
military troops to be shot at with Enfield Rifles, Springfields, and Mausers. The
bottom line is you got to make do with what you sometimes have, so spend that
money on other things. I can attest a $2k 1911 from Colts Custom shop shoots
pretty much the same as one that was $700 and several years older.

Another aspect of this is how much money do you want to
throw at gear? I can’t justify getting new lights, goggles, holsters, and slings
on my budget if something doesn’t work right. I am so glad I found JM4 Tactical holsters because I liked them so much it is all I used to carry, and I asked
for a job because I like and believe in the product and the company.

Having carried a firearm, both concealed and not, across the
US and in several foreign countries, this has been the one piece of kit I have
not had to replace, sell or throw in my bin of “maybe I will use this sometimes
gear.” As I wrote in another article, I have been slowly migrating my carry
style as I practice more and lose weight, as well as I am more inclined to use
a red dot sight, which my Original holster is cut for, so the same holster,
same retention, same comfort but versatile. Additionally, I have had to move
from my job numerous times, from the desert to the Midwest, from cold climates
to scorching hot, so my clothes must change not only to be comfortable but also
to fit in with the crowd. This is the ONLY holster I have used that I can wear
with gym shorts, fatigues, with my hunting camo, or in sweatpants, which is
fantastic as I don’t need a belt.

Use what you have and use your money wisely, and I can’t
think of a wiser purchase than a durable and comfortable holster from JM4 Tactical.