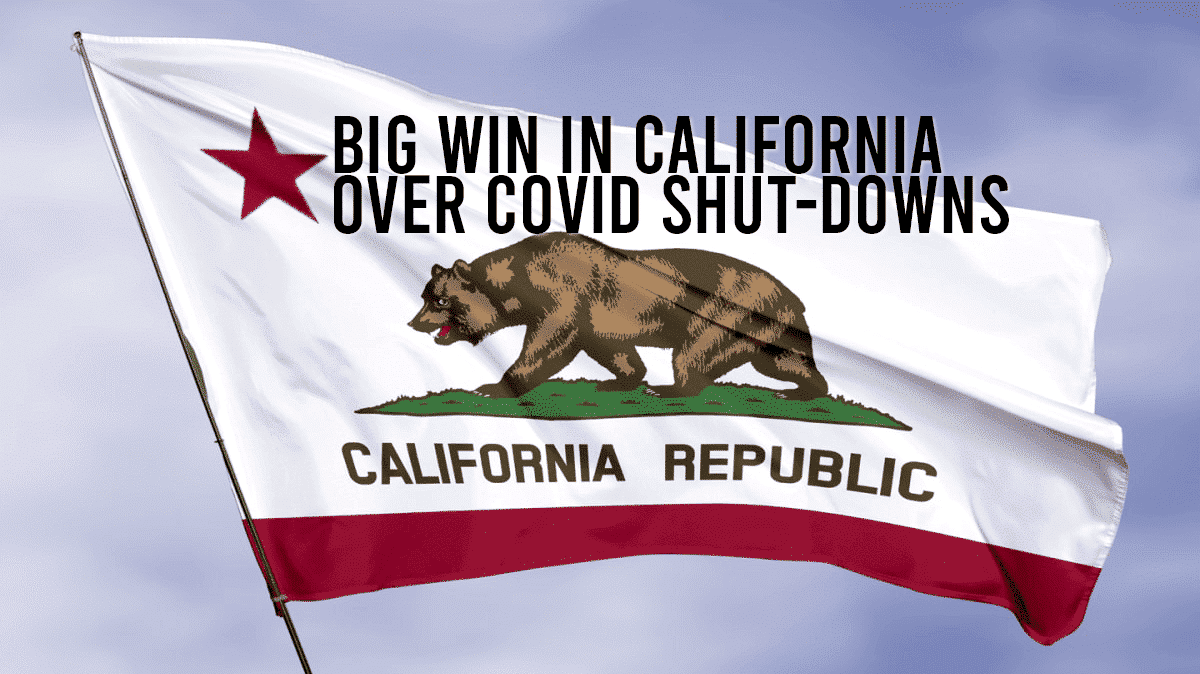 On January 20, 2022 two decisions came down in California
concerning shutdowns under the pretense of the COVID-19 pandemic. Both cases
involved a coming together of multiple organizations in filing suit. The two
cases are McDougall v. Ventura County and Martinez v. Villaneuva.

McDougall challenged a mandated
48-day closure of gun shops, ammunition shops, and firing ranges. Anyone that
follows the Second Amendment knows that the right to keep and bear arms extends
to the right to also buy them, purchase ammunition, and yes practice in the
form of marksmanship. The opinion points out an inconvenient collection of
facts:

“They did this while allowing other businesses like bike shops to
remain open. The Orders also prohibited everyone from leaving their homes other
than for preapproved reasons, which did

not include traveling to gun or ammunition shops or firing ranges
outside the County.

The Orders therefore wholly prevented law-abiding citizens in the
County from realizing their right to keep and bear arms, both by prohibiting
access to acquiring any firearm and ammunition, and barring practice at firing
ranges with any firearms already owned. These blanket prohibitions on access
and practice clearly burden conduct protected by the Second Amendment and fail
under both strict and intermediate scrutiny. We therefore reverse and remand to
the district court.”

Martinez challenged a 11 day
shutdown of similar businesses. Again, the Second Amendment is in fact
infringed upon by not allowing such activities to occur. The opinion in this
case brings another dimension into light concerning California’s mandated
waiting period.

And a 21-day delay for acquiring a firearm is more than double the
delay considered in Silvester. Id. Moreover, an 11-day total ban on law-abiding
citizens’ ability to practice with

Orders clearly indicated could be perpetually extended if the
County so decided severely burdens the core of the Second Amendment right at a
time of crisis, precisely when the need to exercise that right becomes most
acute. See S. Bay United Pentecostal Church v. Newsom, 141 S. Ct. 716, 718
(2021) (Statement of Gorsuch, J.) (“Even in times of crisis—perhaps especially
in times of crisis—we have a duty to hold governments to the Constitution.”).”

In a press release issued by the Second
Amendment Foundation, these two victories were celebrated.

Judge VanDyke subsequently predicted, “I’m not a prophet, but
since this panel just enforced the Second Amendment, and this is the Ninth
Circuit, this ruling will almost certainly face an en banc challenge. This
prediction follows from the fact that this is always what happens when a
three-judge panel upholds the Second Amendment in this circuit.”

‘Both cases illustrate the egregious pattern of anti-gun sentiment
among California officials,’ said SAF founder and Executive Vice President Alan
M. Gottlieb. ‘Officials in both counties offered no explanation or
justification for shutting down gun stores and shooting ranges, while allowing
hardware stores or bicycle shops to remain open. Neither hardware or bicycles
are mentioned in the Constitution, but firearms certainly are protected, and
everybody knows it.’

‘These cases highlight the pattern of abuses California officials
routinely direct toward the Second Amendment,’ he added. ‘We agree with Judge
VanDyke’s prediction of an en banc challenge, and we’re prepared to fight that
battle, all the way to the U.S. Supreme Court. As Judge Andrew Kleinfeld wrote
in his concurring opinion, ‘Neither pandemic nor even war wipes away the
Constitution.’’”

A further press release put out by the Firearms
Policy Coalition also illustrates the work being done by these groups as well
as the challenges gun owners face in California and across the nation.

“When authoritarian governments used COVID as an excuse to attack
Second Amendment rights, FPC Law immediately went to work throughout the
country, including through these successful cases. Today’s opinions from the
Ninth Circuit confirm our claims that the COVID closures of gun stores and
firing ranges violated the Second Amendment rights of Californians,” said Adam
Kraut, FPC’s vice president of programs. “FPC will continue to aggressively litigate
these and other cases to defend the rights of our members and the public.”

A lot of great work has been going on with the coming together of
all of these groups. If you’re a gun owner and not supporting these groups,
now’s the time to get onboard. With the way things have been going, there’s no
telling what’ll be thrown at us next!

What is clear though is that the Second Amendment protects the
full exercising of the right. That means not only buying and possessing
firearms, but being able to go to the range and practice proficiency. This also
extends to getting appropriate training. If the COVID-19 pandemic has taught us
anything at all, it’s that we’re truly responsible for our own self-defense.
Between the unrest we’ve suffered, uptick in violent crime, and pushes to
defund our much needed boys in blue, being responsibly armed is more important
now than ever. To the new gun owners out there, welcome!

John Petrolino is a
US Merchant Marine Officer, writer, author of “Decoding Firearms: An Easy to Read
Guide on General Gun Safety & Use” and USCCA certified instructor, NRA certified
pistol, rifle and shotgun instructor living under and working to change New
Jersey’s draconian and unconstitutional gun laws. You can find him on the web
at www.thepenpatriot.com on twitter at @johnpetrolino on Facebook at https://www.facebook.com/thepenpatriot/ and on instagram @jpetrolinoiii