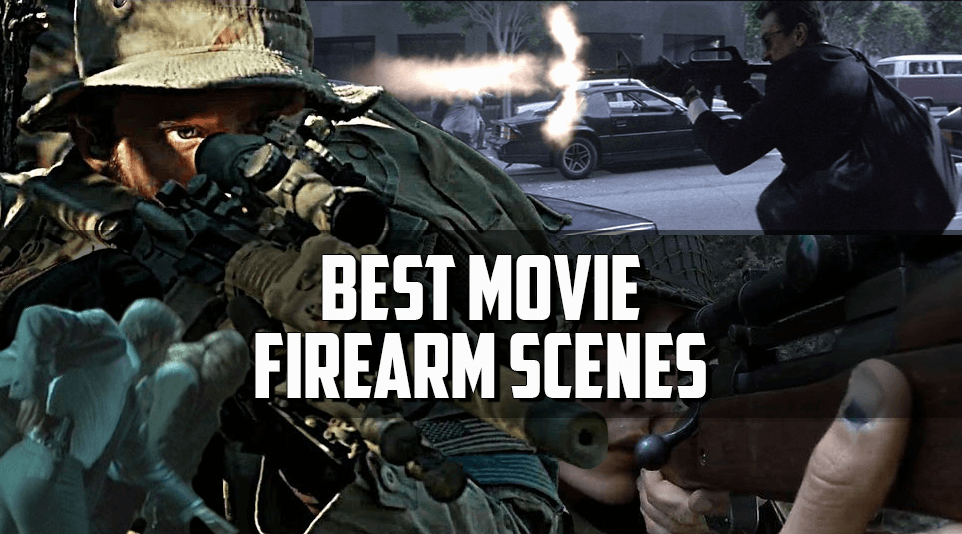 So for those of you
who missed my previous blogs on the most ridiculous movies with firearms (apparently Rust should have made the list), I am doing a follow-up to provide
the most accurate descriptions of firearms in movies. This was much tougher,
and I had to really go through my movie knowledge and reach out to shooting
buddies on which ones were the most accurate. Here are the ones I compiled.

Having seen this
movie in theatres as a younger kid, 13 at the time, this movie has stood the
test of time for accuracy, especially with the regard to the accurate
depictions of firearms and their effects. Unlike many other movies, this shows
very accurate, and gruesome depictions of what high velocity metal coated lead
does to the human body, and unlike many action movies it does not hurl the
recipient several feet. The several scenes of people being hit and bleeding out
is very accurate, as the rounds used in WW2 were full metal jacket, so pass
through injuries were common. I would argue that the sniper scene through the
scope is a bit of artistic license, but overall, phenomenally well done.

A more recent movie,
depicting the struggle of Marcus Luttrell and his fellow SEALs in Afghanistan.
This movie is accurate with the weaponry, the effects, the ammunition, the
optics (ACOG) etc. While I think that the suppressors may have also had that
artistic license, it is not overwhelming. The bounding overwatch while engaging
hostile fighters is accurate for tactics. For a lot of OIF/OEF vets this movie
can be harder to watch as it is very relatable, unlike Hurtlocker as mentioned
in my other blog. Fantastic movie and a great story about real world heroes.

This is an
incredibly popular fight scene and for many reasons. First in my mind is that
is shows violence of action, taking control of the situation decisively from
the onset. Robert DeNiro shows the need for extra ammunition before the
invention of molle pouches or great mag pouches like the ones sold on JM4 Tactical.
While there is a judicious spread of ammunition (and I didn’t see reloading),
it did demonstrate how glass can retain its form even when shot, that behind an
engine block is the best cover, and that shotguns and pistols are ineffective
when engaging bad guys with rifles. This was proved even more so in the real-world
Hollywood Shootout in 1997 or Miami in 1986.

While the whole movie isn’t what I would call a hundred
percent accurate, it does have a very realistic scene that as a concealed carrier
you could face. Specifically dealing with that scene, where approached by a
criminal with a firearm, Tom Cruises character pushes the perpetrators gun away
while drawing from a concealed handgun, fires two rounds into the first threat
from the hip at 3-5 yards and engages the second threat with two quick
follow-up shots, with both followed up with shots to the head. While the latter
two shots might get you some serious jail time, this scene was used in my
concealed carry class, as well as it shows just how fast a situation can
change. This goes back to my insistence on a good holster and training,
training, and more training on drawing and engaging.

I would also mention Way of the Gun, 1917, Band
of Brothers amongst many of the others that got it right, what do you think?
What are your favorites?