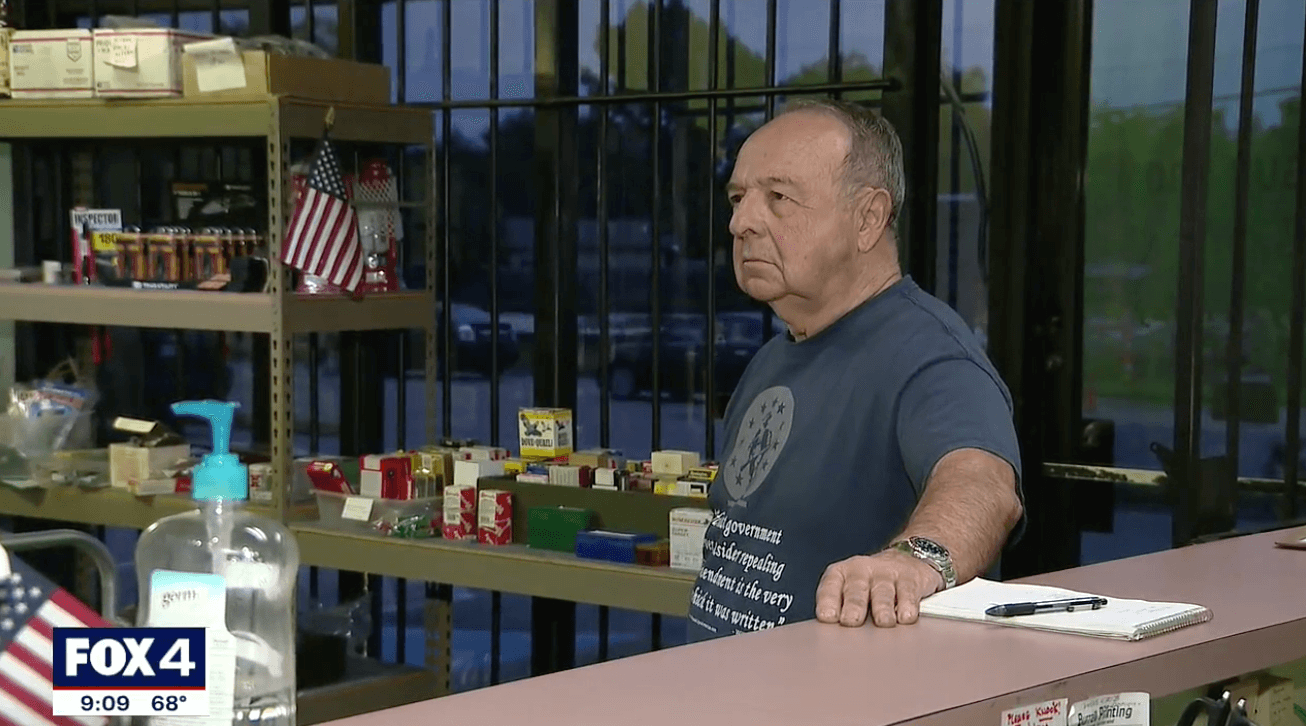 One of three men who entered a gun store in Richardson,
Texas, might be rethinking his decision to be part of an armed robbery.

Seventy-seven-year-old Mike Brown who runs Mike’s Gun Room
told police and news reporters that he was working in his store alone as is
customary when three men wearing masks entered the store. Any other time, three
men entering a gun store wearing masks may have warranted extra scrutiny.
However, in the age of COVID, everyone is masked up, so Brown did not
immediately recognize a threat. The men drew firearms and told Brown to get
behind the counter and to lay on the ground. With one of the robbers pressing a
gun against the back of his head, he complied.

Brown, a Marine who served in Viet Nam, kept his wits. He
told the robbers that he had a heart condition that required medication. It is
assumed that the robbers were not medical professionals, as they bought Brown’s
story without conducting a thorough evaluation. Brown said he believes the
rouse, bought him time, and allowed him to access his firearm.

Brown got to his feet once he felt the robbers were no
longer over top of him. Brown saw two of the three men run out the door with
several firearms in hand. He pointed his firearm at the third robber and told
him to stop. When the slowest of the three criminals turned toward Brown, he
said he could see a handgun in the not-so-gentle man’s hand.

Reasonably fearing for his life, Brown shot the robber who
collapsed just outside the door. In keeping with the honor code of thieves, the
other men fled from the scene in a Chevrolet Impala. The robber, who now had an
extra hole in his body, was taken into custody. The ventilated robber was
transported and treated at the hospital. He was given top-notch medical
attention and is expected to recover from a single gunshot wound to his shoulder.

Even though there is a law requiring a person to pass a
background check before taking possession of a firearm from an FFL, the robbers
made off with at least 50 firearms without conducting the necessary background
check or paying the fair market value for the firearms to Brown. Because of
this, the ATF is offering $10,000 to anyone who will rat out the ethically
challenged individuals who were involved in the theft.

Law enforcement believes that Brown may have been targeted
because he routinely works alone in the shop. Brown, was not physically injured
during the incident. He said “I’m sorry I had to shoot somebody, but –
better than Plan B,” He also had some words for anyone who may have aspirations
of robbing his store again; ‘Don’t come back, I’ve got more ammo.”

What we see here is a great example of how compliance
sometimes works. Waiting for an opportunity to draw may have better results
than trying to draw your firearm on someone who has a gun pointed at you.
Additionally, keeping your composure and not giving up can often make all the difference.