Are Mag Exchanges Necessary or Extra? 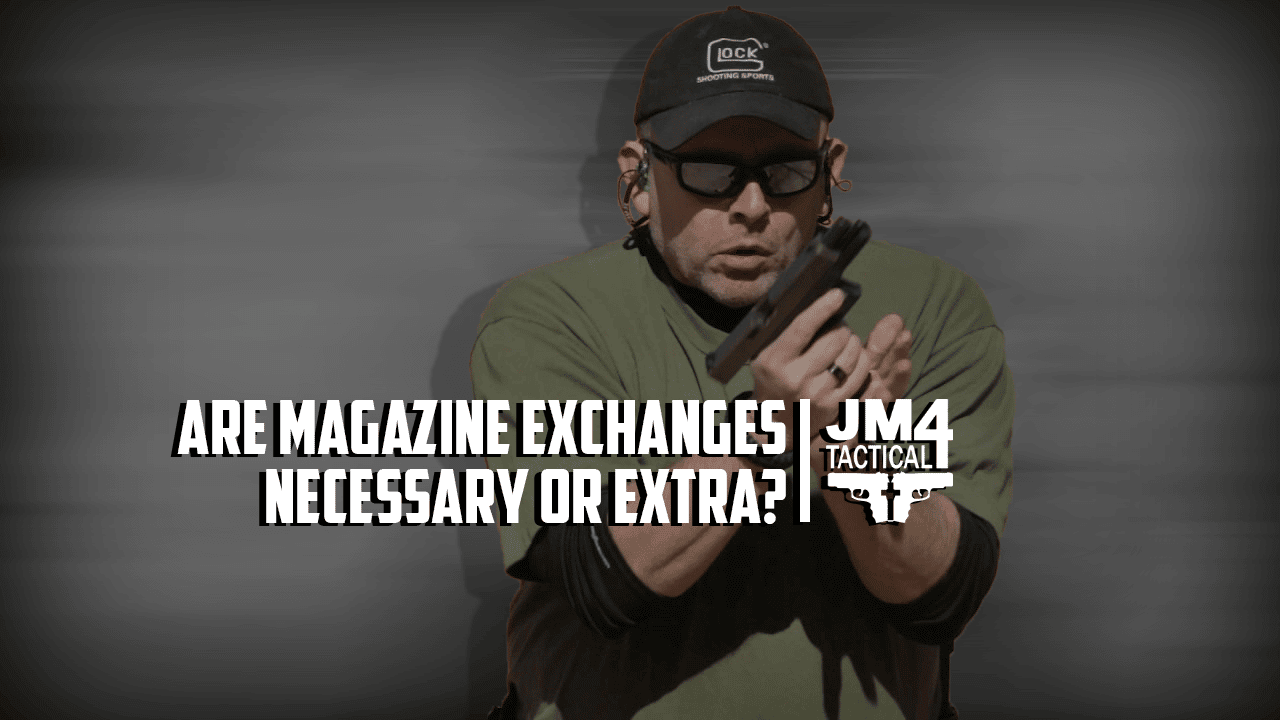 Recently on a shooting range expedition, I was working on
reload drills where I was actively shorting rounds in a random magazine on the
table, putting two in my belt in a mag holder like the one we sell here, and putting one in my firearm. I would focus on
shooting multiple targets, and when it locked back empty, I would do a rapid
magazine change. However, on my third or fourth iteration, I thought, what are
actually the odds of shooting out through a magazine change? Is it something
that we should spend that time on, or is it better to draw from concealed,
shoot better groups at distance, or clear a malfunction? Here are my thoughts.

I have been carrying for 13 years, and I have had to draw a
concealed handgun twice in that timeframe. Both times the presence of the
firearm drastically reduced the desire for a future altercation with the
assailant, and therefore it de-escalated from there. This de-escalation is not
uncommon, but this number is hard to obtain accurately. Still, I would imagine
it probably happens in a five or ten to one difference from the actual
shooting. If that is the case, I think that the priority should be to rapidly
get your firearm into the fight once you realize that lethal force may be
necessary, so that to me means drawing should be your priority. As I mentioned
in a previous blog, I have made it a priority to draw from my magnetic holster 50 times a day, usually split
between morning and evening, to rapidly get my firearm in any clothes I wear. The
nice part is that I can do it in gym clothes, shorts, or sweats because of its
magnetic retention.

The second thing I looked at is how many rounds are the
average concealed carry altercation. From the sources I could find, the average
number was around three to four rounds, and the distance was under 7 yards. Even
with a revolver, the odds for a reload are small for the concealed carry
population. Add that to firearms where the standard capacity magazine is 15-17
rounds of 9mm. You could be in four or five engagements without reloading your
magazine once. Something to think about: this could change if you are looking
at doing a magazine change in coordination with a malfunction clearance, which
I think is more likely. The most common malfunction is TYPICALLY caused by a
bad magazine or issues with that magazine, so if you have a failure to
feed/failure to eject, a magazine change in conjunction with clearing the
malfunction would, in my opinion, be a good thing. I routinely torture test my
pistols, firing hundreds of rounds, mixing between hollow-points, FMJ, and whatever
I have available to see if there are any malfunctions.

Finally, should we focus more on accuracy versus magazine
changes? I think that this almost goes without saying but a resounding yes. Most
people carry concealed with one in the chamber, which means they are likely to
have at least one shot before the possibility of a malfunction (minus extremely
rare breaks in the firing systems/primer issues). That means if you are only
getting one potential shot, accuracy counts almost as much as getting your gun
into the fight from a holster, in my opinion. It is a lot better to practice a
draw, one-shot accuracy repeatedly versus doing multiple magazine changes. In
my opinion, if I had 2 hours to do the range, I would spend an hour drawing and
doing single shots or strings (i.e., two in the chest, one in the head), 30
minutes of slow accuracy shooting, 15 minutes of magazine changes/malfunction
drills and another accuracy session at the end for 15 min—just my thoughts.