Ammo As A Store of Wealth 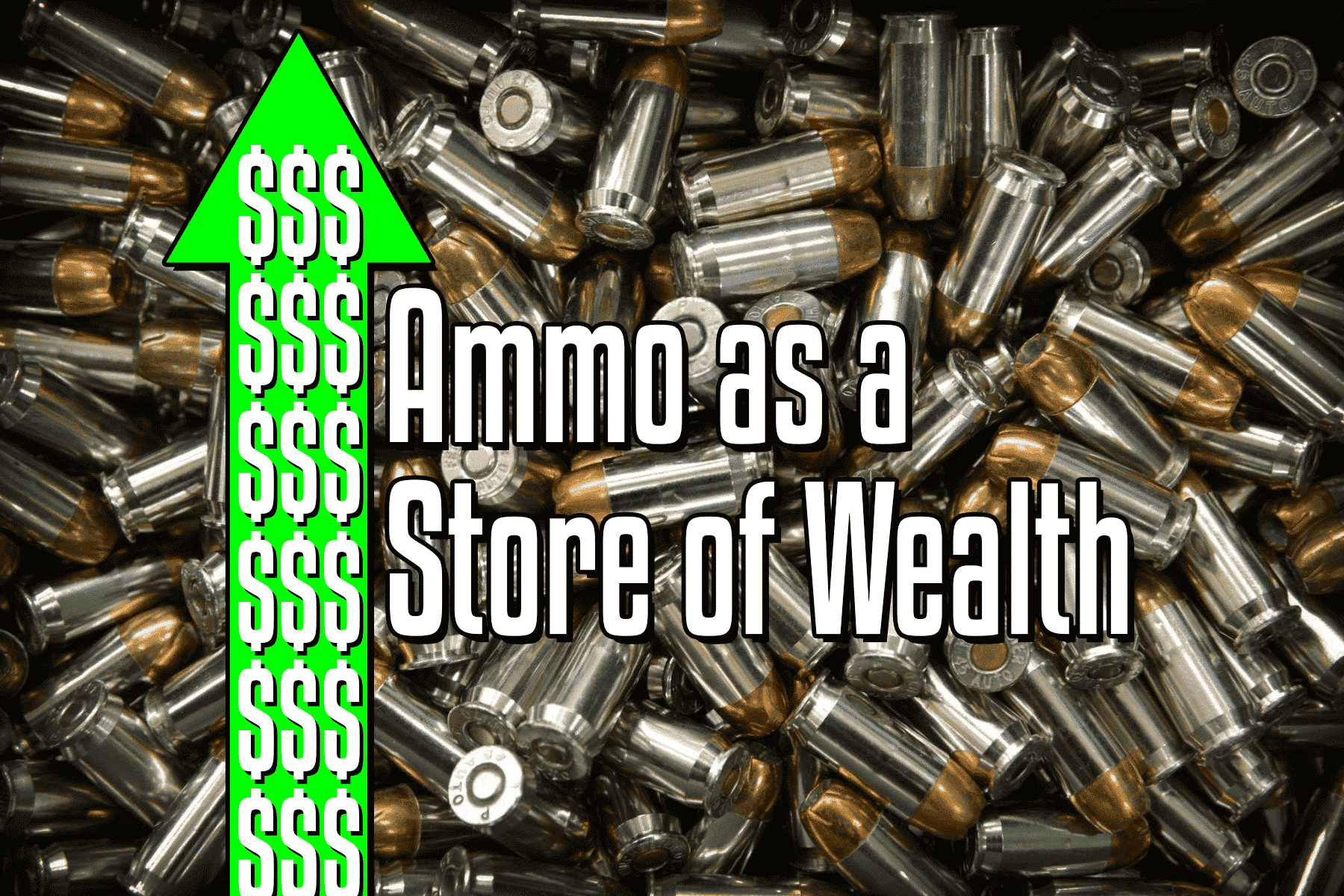 We have all been seeing the crunch with inflation hitting
the grocery store, the gas pump, and, unfortunately, much of the market. Two
years ago, I could fill up without taking out a mortgage or looking into the
viability of selling kidneys. However, there is an often-overlooked hedge
against inflation, and no, it is not Crypto or even precious metals. Look no
further than the ammo aisle as a commodity with intrinsic value that always
goes up but can put food on the table. Yes, I am asking you to consider
ammunition as a viable option to hedge against inflation, and there are some
good reasons.

First, I am not a financial advisor, but I have significant
economics and business schooling, and combining that with a prepper mindset
makes me dangerous enough to offer advice.

Let’s look at America’s favorite caliber by sales, the 9mm.
According to Ammopricesnow.com, the 9mm had seen significant fluctuation within
the last few years. It was as low as $0.20/round before the pandemic, to
$0.70/round around the time President Biden took office, to about $0.30/round
today. So, even if we take out the spikes, it has still gone up. I went to buy
a box at a local Cabelas this past week (JHP), and it was $51 for a box of 50.

If we take a different round, say 308, which is arguably
more for hunting but still maintains a role in designated marksman rifles. In
June of 2020, it could be had for about $0.50/round, but around the same
timeframe of the inauguration, it jumped to nearly three times that price! Now
it is consistent around $0.60/round. This is about a 20% difference from low to
low, but it had over a 240% increase at its height.

How does that compare to something more traditional like silver?
At the start of the pandemic, around March 2020, it was about $16 an ounce,
compared to about $26 an ounce now. This is still a marked increase, almost 50%,
with a height of about 100% in 2021, but we can see that ammo still
outperformed it by over double. Gold is similar, with about $1500 in 2020 to
now, right around $2000 per ounce. This is a 25% increase, but ammo still
outperforms it. Prices are all based on https://goldprice.org/gold-price-history.html.

So, what does that mean to you? It means that while ammo is cheaper
(er) than it has been, I would recommend stocking up as much as you can, as
while it does fluctuate, ammo prices tend to go up. The second is that ammo is
a viable means to store wealth, as it costs less in future dollar value today,
as well as if it is stored in good condition will be viable for trade in the
future. I have traded car parts, outdoor gear, and other items for ammunition
so that it can be done. Finally, if you stock up now while the ammunition is
plentiful, you can practice even during a shortage in the future, so your
skills don’t atrophy.