5 Things We Need to Stop 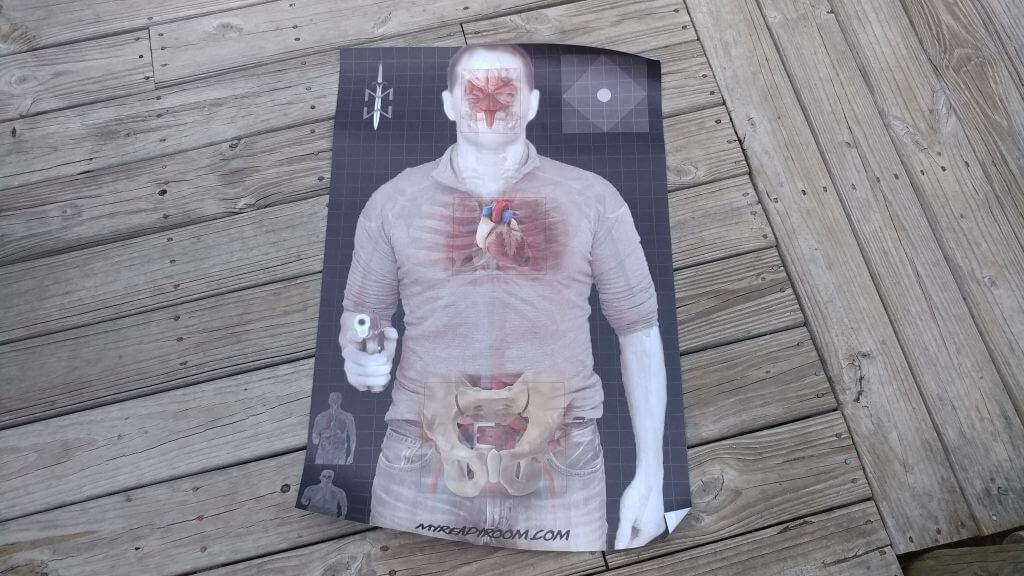 I like to think I’ve made a ton of new shooters. Through both basic safety courses to just taking friends shooting. I am my friends’ designated gun guy, and I’m betting many of you on here fill that same role. In all my time teaching new shooters and concealed carriers I’ve learned a few things I think we need to stop doing when training people new to guns.

One thing new shooters seem to love to do is to chase the bull’s eye. I’ve seen it enough times to learn that your boring old bull’s eye target is the worst training target. New shooters get too obsessed with putting holes in the ten ring that it tends to stress them out more than anything. The compliments regarding group size, even if it’s a little off, fall on deaf ears. Often times instead of learning the fundamentals they try to Kentucky windage it into the target.

With an entirely new shooter, I often use a blank sheet of computer paper. Just a white piece of paper. The reason being is that I just want to get them on that piece of paper and focusing on the fundamentals. Getting on a piece of paper is easy, and it makes most new shooters pretty excited. I, as an instructor, put a goal in front of them and they accomplished it. I’ve removed a stressor from shooting, and we are all having a good time. Now they can learn about fundamentals, trigger, control, proper sight picture, and alignment as well as follow through.

The best part is that they’ll most likely hit the target every single time while learning. For defensive pistol classes, I’ve become a big fan of silhouette targets. However, I reject the B-27 and its ten rings in favor of the Modern Warrior T-1 Target from MyReadRoom.com. It has vital zones that are large, easy to see, and easy to hit at amateur ranges. This way shooters are both learning shot placement and not stressing over a bull’s eye.

There is a major mentality that says shooters should learn with irons first and then move to optics. I’ve never found that to make much sense. Yes, learning iron sights is very important, but optics are more comfortable to use. I teach new shooters on a Ruger 10/22, not a Barrett 50 cal because the 10/22 is easier to use. A red dot specifically is one of the most natural tools to teach a new shooter with.

When correctly zeroed it’s as easy as putting the reticle over the target and pulling the trigger. Since they aren’t worried about lining up irons perfectly, I’m free to help them with the little stuff. Like stance, remembering to breathe trigger control, and more. Red dots are easier to see and understand. Once I have a shooter confident with a weapon we can move over to iron sights, and how they function.

New shooters have a lot to learn, and it can be quite overwhelming so if I can remove some of that stress, I will.

Rejecting the Fun Part of Shooting

Another odd mentality is the rejection of just having fun and this dead serious focus on making the perfect shot every time. My priorities when teaching a new shooter are simple. Safety, fun, safety again, fundamentals. Yes it’s important they shoot straight, but it’s not the most important thing. Not at first anyway.

A new shooter isn’t going to become a great shot after one day at the range. It is going to take several trips, and tons of ammo to make them a skilled marksman by any standard. My goal is to want them to come to the range again and again. I accomplish that goal by making it fun, and carefully watching for stress or fatigue.

I know when to back off, take a break, and more. I also know that sometimes ripping through a mag of 22 LR as fast as you safely can is a lot of fun. Even to this day, it’s fun for me, so I know new shooters must love it. Of course safety first at all times, but most people can control a 10/22 or even a 22 LR pistol without it getting away from them. Best of all, it’s fun, lots of fun.

Let them relax occasionally and let loose, and just shoot for fun. Then bring them back in for a little more talk about proper trigger pull. The best part is relating the importance of fundamentals to the fun. Like, ‘Hey if you put your foot forward and lean in a bit it’ll be easier to shoot fast.”

Don’t start lessons with “When I was your age I could hit the balls off a gnat at 100 yards.” Mostly, because you are probably wrong and overestimating your own skills. Don’t create any sense of competition, especially between two new shooters. Relate back to when you sucked at shooting and what it took to get better.

Create a relaxing environment for new shooters and let them learn on their own time. Remember the goal is to keep them coming back to the range, and if they feel like it’s a competition they always lose at, then they will stop coming.

Competition can come later when their skills are sharp enough to compete.

Teaching Everything at the Range

Probably the most common mistake I see is trying to teach admin methods at the range. By admin, I mean how to load the gun, how to cock the gun, where the safety is, how to hold the gun, and worst of all the 4 Safety Rules. The range is for practicing what shooters are learning.

Before a new shooter ever gets to the range, they need to know how to use the firearm they are shooting, how to load magazines, and the four safety rules. Ranges can be confusing environments with lots of loud noises and confusing chaos. It’s not a great place to learn something for the first time.

Without a doubt, you’ll need to remind new shooters of particular methods and ways to manipulate the weapon. If they’ve been taught it before, and practiced it in a dry environment, they’ll have something to reference back to when reminded.

I suggest practicing loading and unloading with Snap Caps. Learning the basics of the weapon they are handling, and going over the fundamentals of firing. Add in a little dry fire too. Make it an experience they can come back to when they hit the range.

The Thing About New Shooters

The thing about the gun world is that we are only one generation away from losing our rights. Recruiting, teaching, and spreading our hobby to new shooters can help guarantee the flourishment of gun rights. If you are going to teach new shooters try to do it in a way that makes them want to come back.

Have you ever seen one of our
JM4 Tactical Magnetic Retention Holsters before?