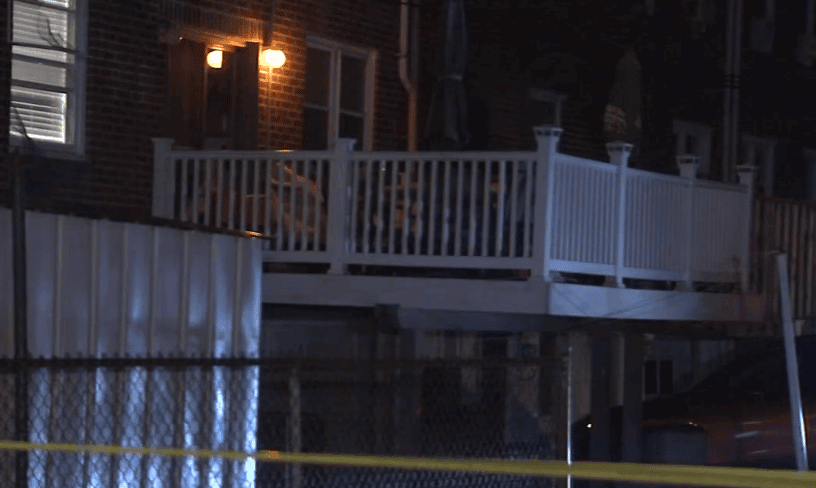 Philadelphia, PA — Two masked gunmen forced their way into the residence of a mother with two children in the 7100 block of Walker Street, just before 4:30 on Monday morning.

The men gained entry to the home after climbing up a deck and forcing their way through a window.

After the pair of masked men broke into the home, they stole a cellphone from a 9-year old boy, and demanded money from his 33-year old mother.

Police said a 1-year old child was also in the home.

As the suspects were getting ready to leave, a currently unidentified male interrupted their escape, firing at and hitting both home invaders.

This abrupt change caused one of the home-invading suspects to jump out of a window on the top floor, falling a few stories and landing on the driveway.

This suspect also had gunshot wounds to the leg and back, and was transported to Jefferson-Torresdale Hospital where he was pronounced dead.

Police said the second home invader was rushed to a local hospital by a witness. He was treated for his gunshot wounds and is listed in stable condition at this time.

Both men have prior arrests on their record, and police believe that the men were searching for drug money, or drugs.

Authorities have said that no drugs were found on site.

Nothing is known of the man who fired the shots, but he fled the scene after the shooting took place. Police are still currently looking for him in order to question him.

As of right now, police are calling this a self-defense case.