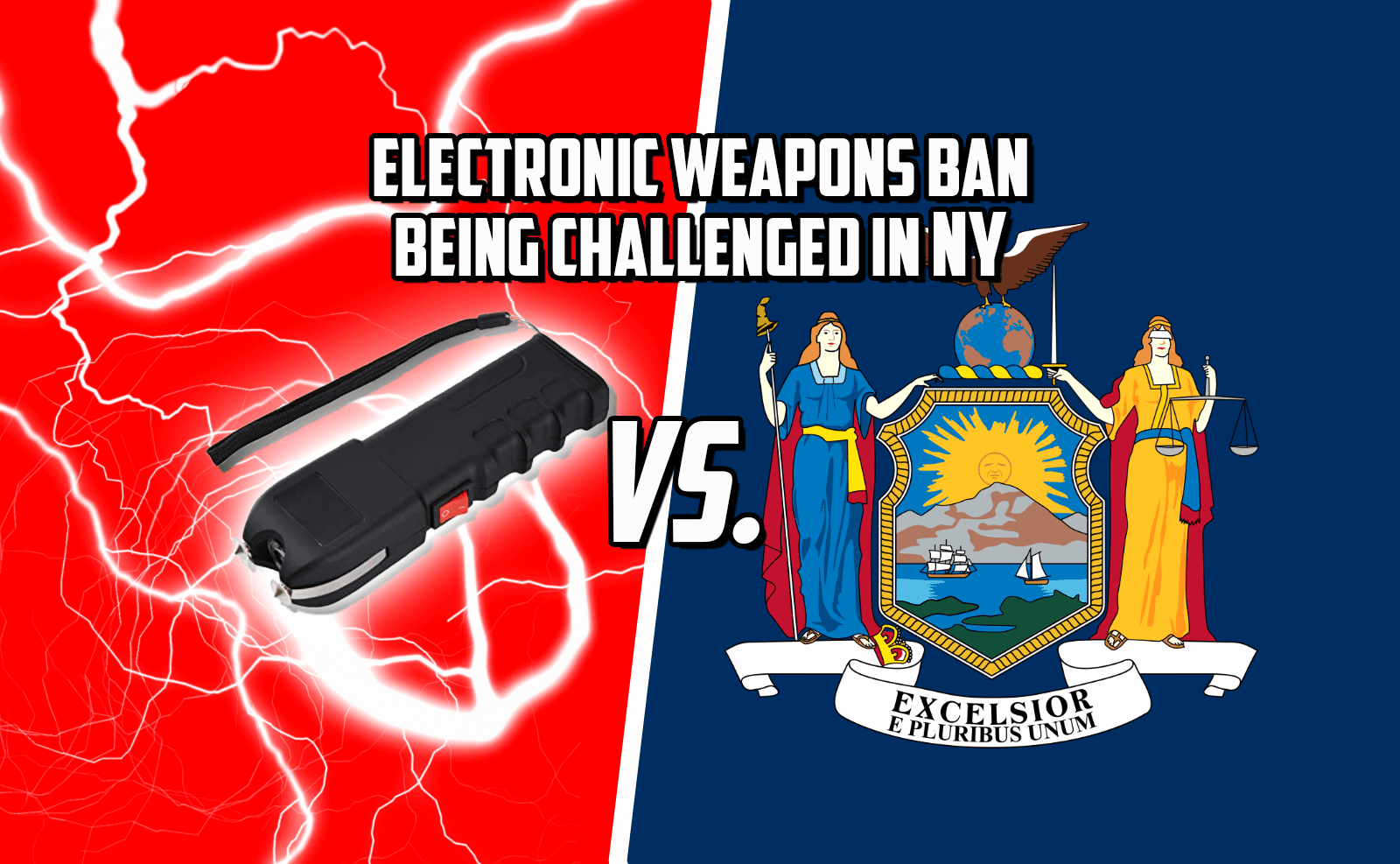 The subject of using less than lethal or non-lethal weapons
is one worth exploring. As firearm owners, trainers, students, etc., we focus a
lot on “the gun.” That being said, there is a whole host of non-lethal and less-than-lethal
options out there for self-defense. Some people just are not interested in
firearms, or perhaps there are certain restrictions in sensitive areas or
draconian jurisdictions. A good option could be stun guns or tasers.

Stun guns and tasers had fallen under different levels of
scrutiny over the years, presumably due to abuse of use (you ponder by whom and
under what circumstances). Because of that, many states or jurisdictions have
outlawed the ownership, use, and possession of electronic arms. Since the Caetano v. Massachusetts case in 2016, several
lawsuits have forced states and jurisdictions to repeal prohibitions on stun
guns and tasers. Caetano was vacated
by the Supreme Court of The United States with specific instructions to the
lower court, basically ordering them to reverse the decision.

One of the holdouts prohibiting such electronic arms is the
State and City of New York. On October 5, 2021, the Second Amendment Foundation
and Firearms Policy Coalition launched a lawsuit against the City of New York
in Calce, et.al. v. City of New York, et. al. From a press
release:

This suit is a big step in toppling the onerous and
draconian laws in New York. With the Caetano
case having been settled in 2016, this has been a long time in coming. With
every bit of luck, New York will have both the right to carry firearms and
electronic arms restored in due time.

“While
states and localities have some ability to regulate the keeping and bearing of
arms, the Second Amendment prohibits states and localities from flatly prohibiting
lawabiding citizens from keeping bearable arms, and particularly arms that are
in common use for the purpose of self-defense.

Stun
guns and tasers are bearable arms, and further, they are in common use for the
purpose of self-defense. Indeed, the Superintendent of the New York State
Police stipulated in litigation that hundreds of thousands of tasers and
millions of stun guns are owned by private citizens in the United States. Those
numbers undoubtedly have increased since that stipulation was made. Electric
arms such as stun guns and tasers are legal for private citizens to possess in
the vast majority of the states. See Avitabile, 368 F. Supp.3d at 412
(“[F]orty-seven states now permit the
use and possession of electric arms with or without some form of attendant
regulation.”).”

The complaint cuts to the core of what the Second Amendment
is all about, prohibiting states from keeping the people from being able to
carry bearable arms. Electronic arms such as stun guns and tasers all fall into
this category of bearable. With only three remaining states that restrict the
possession of such items, it’s time to hang it up and concede defeat.

More from the press release on the filing:

“’As
we explain in our complaint, states and localities have some ability to
regulate the keeping and bearing of arms,’ noted SAF founder and Executive Vice
President Alan M. Gottlieb. ‘However, the Second Amendment prevents states and
localities from flatly prohibiting law-abiding citizens from keeping bearable
arms, and particularly arms that are in common use for the purpose of
self-defense.’

As
noted in the 10-page federal complaint, all four of the individual citizens
participating in this legal action reside in neighborhoods within the City of
New York.

‘New
York City has traditionally labored to keep its honest citizens defenseless,’
Gottlieb observed, ‘with its extremist gun control laws and by enforcing a
prohibition on non-lethal defensive weapons as well. What are people to do when
they are prevented by the government from having the tools necessary to fight
back against violent attackers?’

‘After
all,’ he added, ‘it is bad enough for citizens to face having to fight
criminals, but it is worse when they have to fight their own government just to
exercise their right of self-defense. Good people should not fear being
prosecuted for simply having a defensive tool for personal protection. But the
law does not allow it, and this must be challenged.’”

Both the Second Amendment Foundation and Firearms Policy
Coalition and the individual plaintiffs need to be commended on taking New York
to task.

As noted, less-than-lethal and non-lethal options are tools
that everyone should be able to have in their toolbox when it comes to one’s
self-defense. New York should be ashamed of themselves for this policy, as
these options can be lifesaving if used and deployed correctly. And really, why
would any jurisdiction be against people wanting to use less than lethal or
non-lethal options? That is something to think about at night.